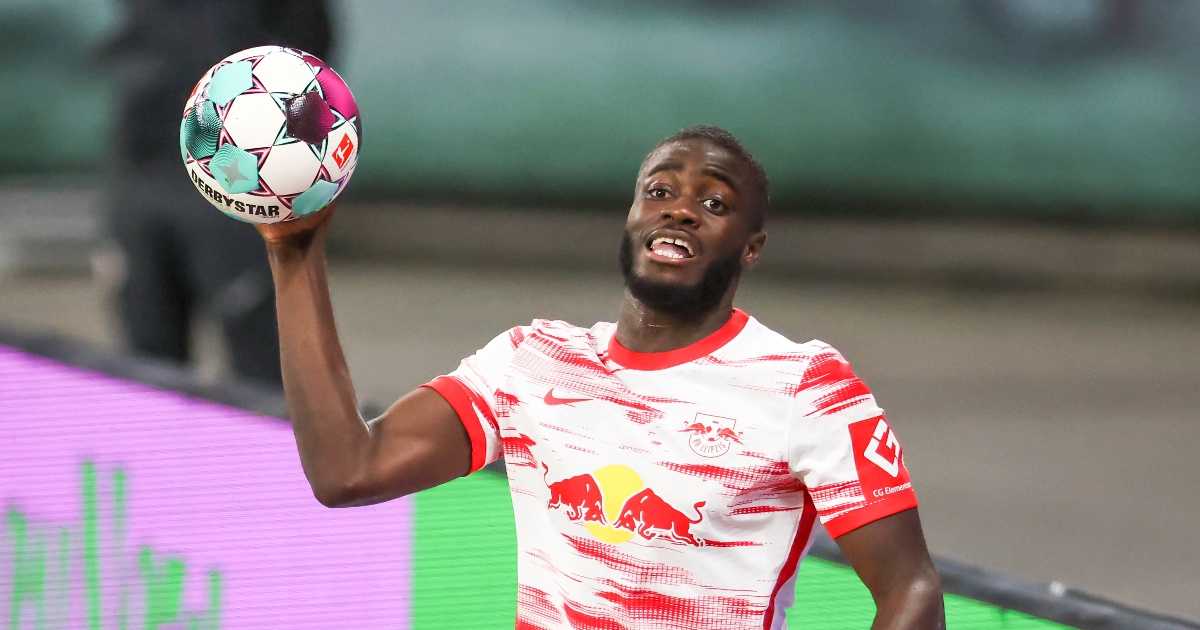 Dayot Upamecano is caught in a bizarre contract situation that is delaying his move to Bayern Munich.

The Frenchman was due to join Bayern on July 1st, but will now have to train with his old club RB Leipzig until July 15th when his contract expires.

German paper Bild have reported that the change in contract end date is a result of Bayern triggering Upamecano’s €42.5 million release clause.

The Bavarians have been given an option to bring Upamecano to the Allienz on July 1st, but it would require them paying half of the centre-back’s monthly salary – believed to be around €200,000.

It’s understood that this figure isn’t something Bayern are willing to pay at this moment in time.

Despite it being advantageous for both teams if Upamecano was to report to training in Munich straight away, the RB Leipzig sporting director, Florian Scholz has made it clear that he expects the defender to train with the club whilst under contract.

He said: “It would certainly make more sense for both clubs if Dayot Upamecano started preparing for his new club after the summer break,

“However, it is correct that this is not the case with the current contractual arrangement. That’s why we expect him to start training at RB Leipzig.”

The 22-year-old will report to training on July 5th for the club he made 154 appearances for after missing out on making Didier Deschamps’ final France squad for Euro 2020 this summer.

The youngster has been talked about as one of the best defenders of the future and Leipzig now face a defensive dilemma with the loss of both Upamecano to Bayern and his centre-back partner Ibrahima Konate to Liverpool.

Both centre-backs have been part of the French Under-21 at the U-21 European Championships this summer, but were knocked out by the Netherlands in the quarter-finals despite Upamecano’s best efforts with a 23rd minute goal.

Bayern will be hoping that Upamecano can slot straight in to their squad next season after the loss of Jerome Boateng and David Alaba in their back line.