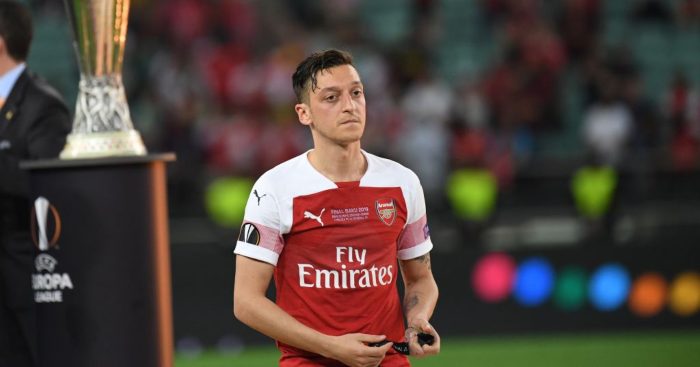 Arsenal playmaker Mesut Ozil is set for talks with DC United this week over a possible move to Major League Soccer, according to reports.

That is despite the fact he signed a new deal in February 2018 making him the highest-paid player in the history of the club.

His wage of £350,000 a week eclipses most of players in the current Arsenal squad and could prove a stumbling block in an attempt to move him on, with injury and illness also ruling him out of a number of games over the last couple of seasons.

Ozil has been linked with a move to Fenerbahce recently but the Turkish club couldn’t afford to pay his huge wages.

The Washington Post was the first to report interest from DC United in Ozil with a deal likely to go through during the January transfer window.

And now ESPN FC say that their sources have confirmed that DC United ‘will hold talks this week with representatives of Arsenal midfielder Mesut Ozil’.

The news coincides with the announcement that Wayne Rooney will leave the club to move to Derby County in a player/coach role from January.