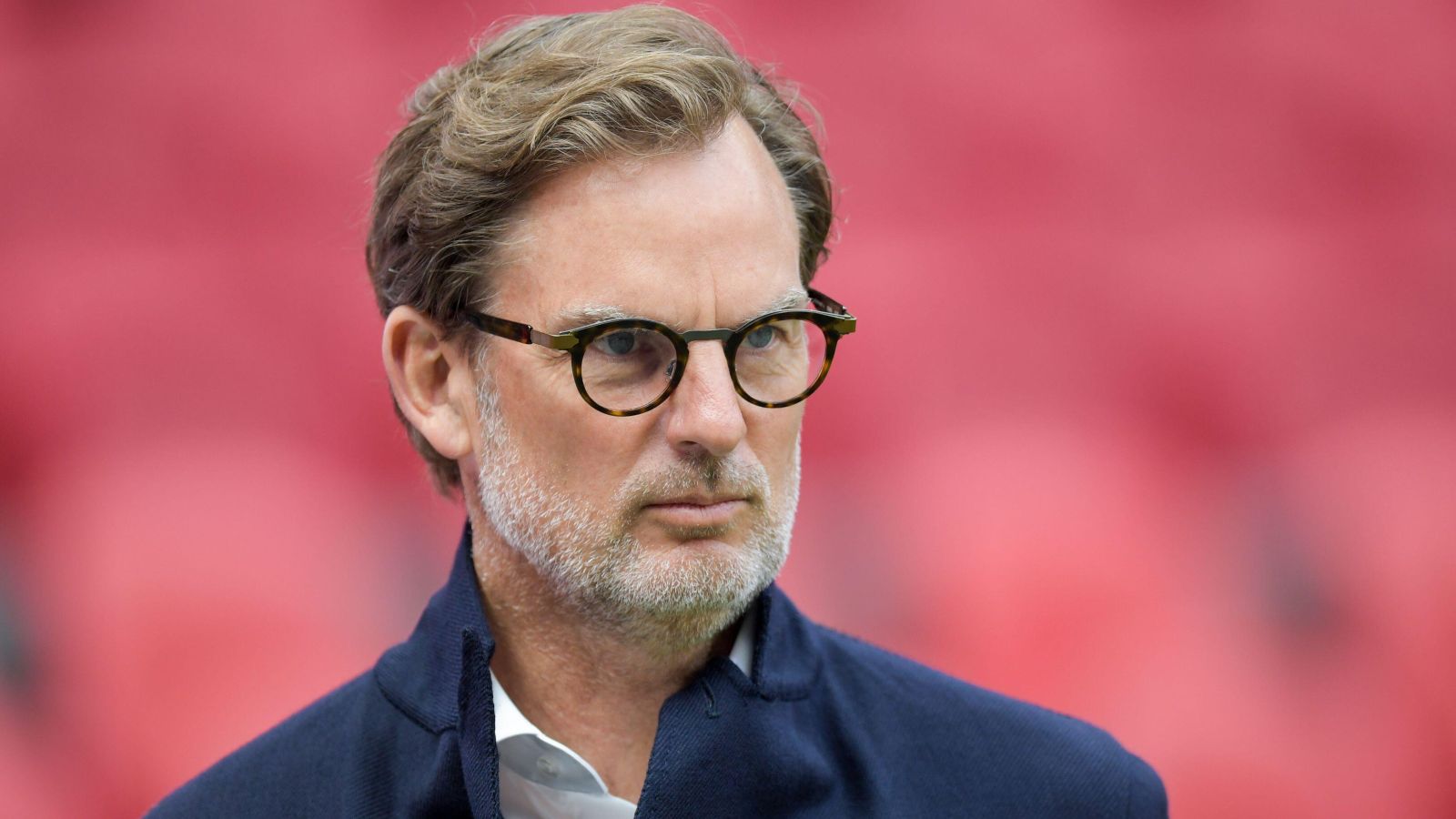 It was confirmed on Thursday that Ten Hag will become the new permanent Man Utd boss at the end of the season after signing a deal until 2025 with the option of a further year.

The Dutchman beat off competition from Mauricio Pochettino, Luis Enrique and Julen Lopetegui to land the job at Old Trafford.

Ten Hag to Man Utd: Inside the ‘inside stories’

Man Utd are currently sixth in the Premier League table, after losing 4-0 to arch-rivals Liverpool on Tuesday night, and three points adrift of fourth-placed Tottenham having played a game more.

No Champions League qualification for next season could severely hamper their efforts to bring in top players in the summer with Ralf Rangnick admitting they could bring in as many as ten new players this summer.

Ten Hag has a big job on his hands and asked what the reaction to his appointment has been like in the Netherlands, De Boer told talkSPORT: “Everybody already expected it. The rumours were there and when the rumours are there most of the time it is true.

“In Holland [the view is], is this right time to go to Manchester United? It looks like you are jumping on a sinking ship.

“In one way you think ‘is it the right time’ and another you think to wait two years.

“You know how it goes in football. You are always thinking ahead and the train passes by one time and you have to step off as you think you may not get another chance.

“That is the choice he had to make. Manchester United is an unbelievably big club.

“I think he’s a great coach. Of course he doesn’t have the experience of the Premier League or a club of the magnitude of Manchester United with players like Ronaldo.

“He’s quite a down to earth guy and he can handle that.”

De Boer added: “He will want to control everything from the training ground to everything around the club.

“He is very much involved in everything. What Guardiola also does with City, we normally say in England a manager and look from above and not really on the pitch, but he is going to be on the pitch like Guardiola. He is really like a coach.

“He will want to set his style and ideas on the pitch.”