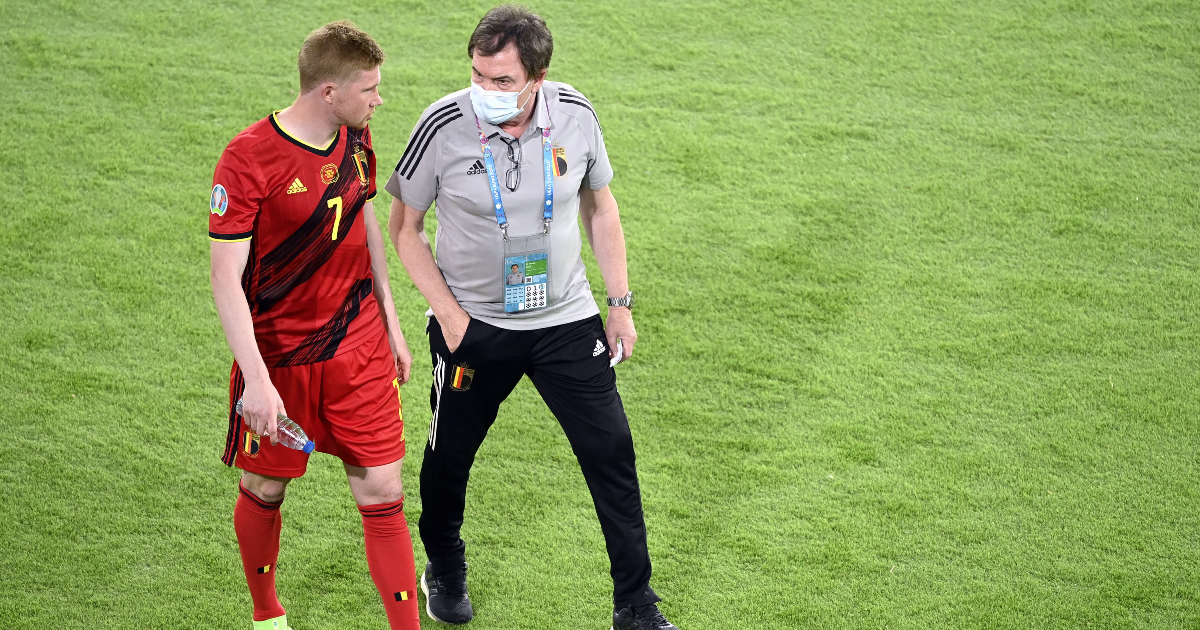 Kevin De Bruyne has said that he played with ankle ligament damage during Belgium’s 2-1 loss to Italy in Euro 2020 last night.

This news will worry Pep Guardiola as the new domestic season approaches, and the club will be hoping that he makes a full recovery in time for City’s first league match against Tottenham.

De Bruyne was a major doubt for their quarter-final after injuring his ankle against Portugal in the last 16, and the 30-year-0ld hadn’t trained in preparation for the Italy match.

KDB starting was a surprise to most, and manager Roberto Martinez had admitted the evening before that he was struggling to make a decision.

“Kevin De Bruyne has not trained with the group,” he said.

“But you add that to a tournament. We look forward to seeing him play. De Bruyne has received treatment. The focus was on him yesterday, on both [De Bruyne and Hazard] actually. Both have had an individual medical day.

“De Bruyne reacted well, his injury is also slightly different from Eden’s. Kevin is different. We got good light and that was fantastic news this morning. We think he can start the match.”

The midfielder started well despite his injury, but his team fell to a defeat against a strong Italian side, who will face Spain in the semi-finals.

The Man City star spoke after the game on playing with an injury.

“For me personally it has been four or five weird weeks,” he said.

“But I especially want to thank the medical staff. It was a miracle that I played today because there was definitely damage to my ankle. A tear in my ligaments.

“But I felt responsibility to play for my country today. Too bad I couldn’t do more.”

Speaking on the result, De Bruyne said: “I think we tried everything to win this match. They scored a fantastic goal, but the first one may have been a mistake on our part.

“They had more possession and the ball didn’t go in for us, which is a shame. Getting eliminated is always a disappointment.

“We lost against a top-notch team. We’ll try to win next time, at the World Cup, but first I have to recover physically. I’ve had too many (injury) problems in the last few years but I’ve always tried to give everything for the team.”