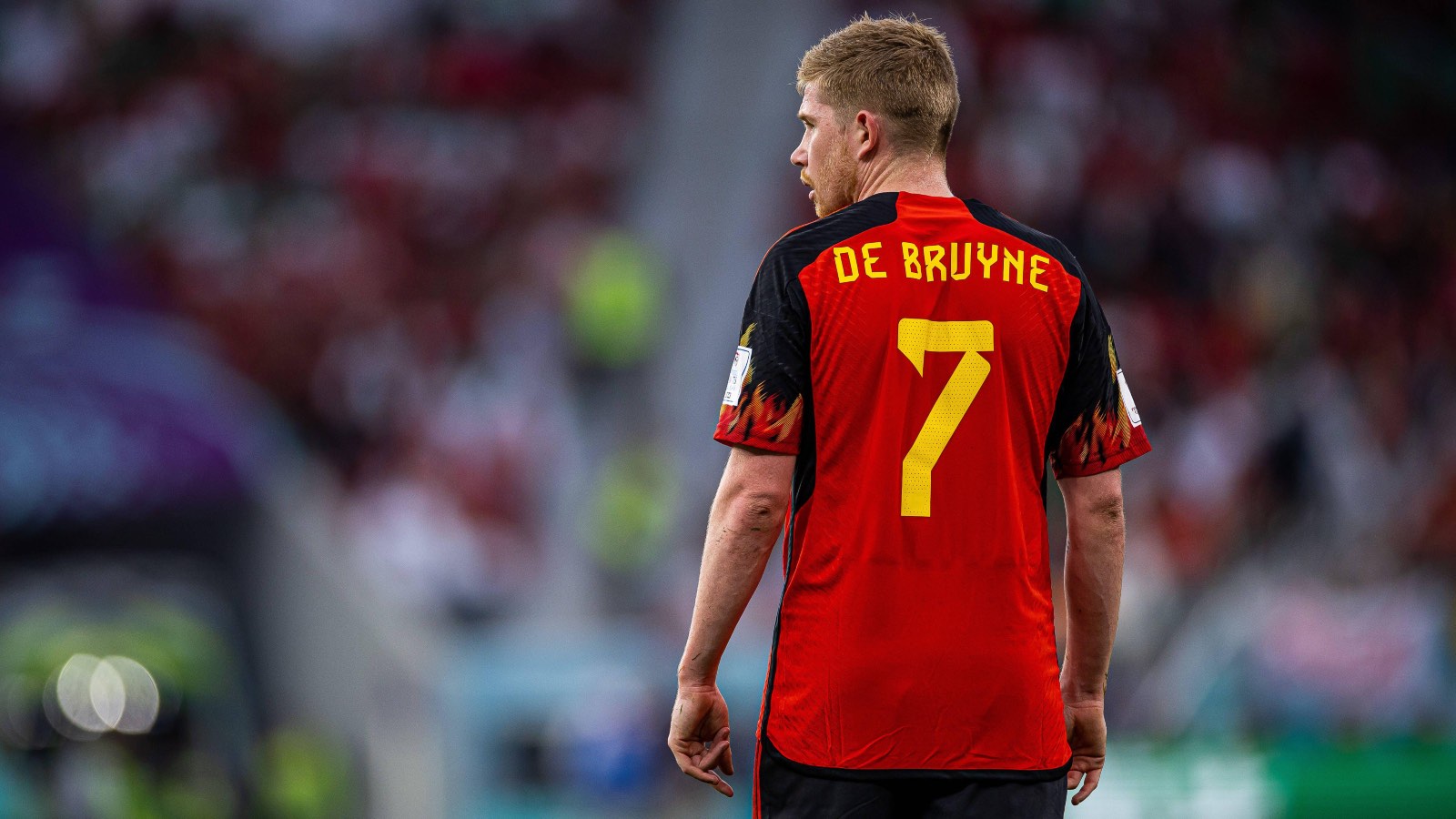 Kevin De Bruyne was terrible again and doesn’t seem to care. The best midfielder in the world should be taking games like this by the scruff.

“Strange ball,” Jermaine Jenas said on commentary, synonymising strange for sh*t as Michy Batshuayi volleyed the ball backwards ten yards into the chest of a Morocco player with a counter-attack on the cards. Kevin De Bruyne threw his arms in the air in what is becoming the image of Belgium’s World Cup campaign.

Much was made of the age of this over-the-hill Belgium squad before the World Cup, and after an opening group game in which they looked as though they would much rather be tucked up at home under a blanket with a dog snoozing by their slippers. But De Bruyne is wrong: they’re not “too old”, they’re just not very good, and he’s been the worst of them.

At least the rest of the team have caveats. Eden Hazard is eternally crocked, Amadou Onana is inexperienced, Batshuayi is renowned to have stolen a living. And the actually old players, Jan Vertonghen and Toby Alderweireld, had conceded just one goal in two games at this World Cup as a centre-back pairing (which they weren’t at fault for) before Morocco’s very late second as Belgium piled bodies forward, with the latter producing the one moment of attacking quality so far as his searching ball set up Batshuayi for the winner against Canada. It’s De Bruyne that’s let them down.

He’s the best midfielder in the world, performing brilliantly and consistently for Manchester City, and if Belgium were to do anything of note at this World Cup, it was always going to be on him.

“I don’t know why I got the trophy, maybe it’s because of the name,” De Bruyne said in a refreshing show of cognisance having been handed the player of the match award after the opening game. The gong should have gone to a Canadian player in defeat, but if FIFA are of a mind to only give it to a member of the winning team – which is obviously a nonsense – they probably shouldn’t select the recipient before kick-off.

De Bruyne was terrible against Canada and even worse against Morocco. And if you consider how good he can be, De Bruyne has been the great disappointment, not just for Belgium, but of this World Cup.

Balls bounced off him, he was continuously caught in possession and produced no passes or shots of note. This is a guy who’s already got 13 assists for City this season and 134 in total. He’s offered precisely nothing in two games for Belgium. Again, he’s the best midfielder in the world.

And what’s most incredible is that he seems to see representing his country on the biggest stage as some sort of affront. Yes, playing for Belgium must be frustrating when you’re used to playing for Man City, but someone as brilliant at De Bruyne should be taking games like this by the scruff on his own. Apart from Thibaut Courtois, who himself showed his fallibility for Morocco’s opener, De Bruyne is the best player on either side by quite some distance.

He could have given the ball to Batshuayi enough that by the law of averages one went in off his knee, or scored a goal himself with the absurd technique we’ve seen time and again for his club. He didn’t even try to. It was bizarre.

And by contrast, Hakim Ziyech, Morocco’s star forward, who’s endured a torrid time at Chelsea and has barely played, worked tirelessly, had one goal chalked off for offside and produced some magnificent skill in the last minute to secure victory for his nation.

It was the sort of performance from Belgium – and De Bruyne in particular – that has neutrals actively rooting against them, not just for the underdog story, but because they didn’t seem to care all that much.

De Bruyne could be back in Manchester this time next week, and will likely be picking out players with ridiculous passes and smashing shots into the top corner from 30 yards come Boxing Day. But his brilliance for club will now be tainted by his absence for Belgium. Because although De Bruyne has been at the World Cup, he’s left no mark whatsoever.