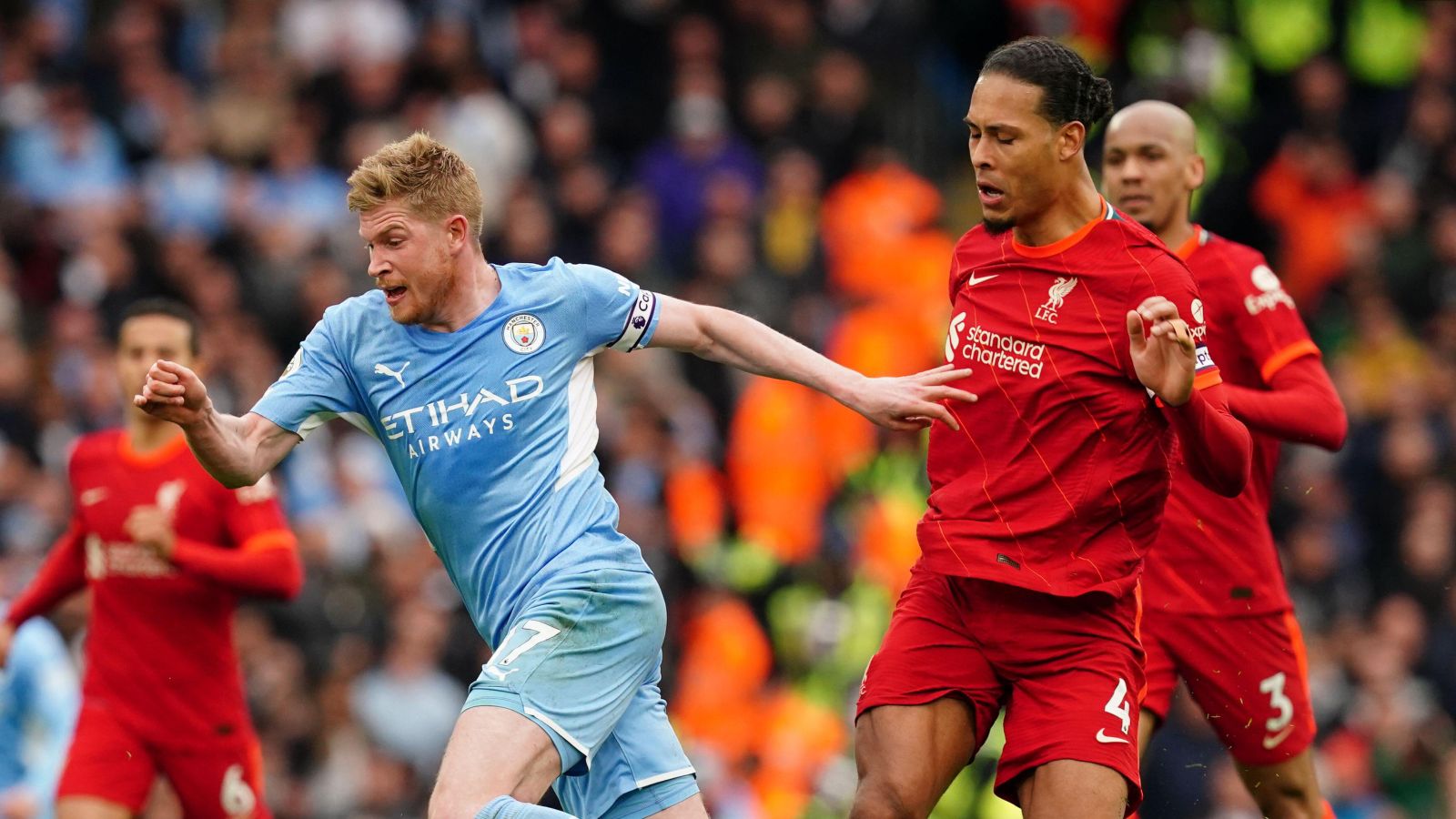 Man City playmaker Kevin De Bruyne is once again on the shortlist for PFA Player of the Year after winning the award in each of the last two seasons.

De Bruyne has once again been key for City as he helped them retain the Premier League title in 2021/22.

Liverpool trio Mohamed Salah, Sadio Mane and Virgil van Dijk join him on the list along with Man Utd’s Cristiano Ronaldo and Tottenham’s Harry Kane. Son Heung-Min misses out despite sharing the Golden Boot with Salah.

De Bruyne’s City team-mate Phil Foden is on an all-English shortlist for the Young Player of the Year gong.

City are also well represented in the women’s categories. Lauren Hemp, who won the young player award last season, has been nominated in the senior and young player shortlists.

Team-mate Alex Greenwood is also on the main women’s player shortlist, but the pair face stiff competition from Chelsea duo Sam Kerr and Pernille Harder, who helped their team win the domestic double.

The winners of these awards, plus the teams of the season for the Premier League, Women’s Super League, Championship, League One and League Two and the winners of the men’s and women’s lifetime achievement prizes will be announced at a virtual ceremony on June 9.