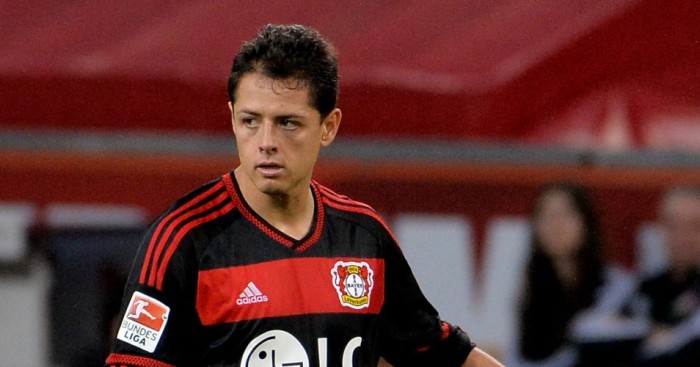 David De Gea says Javier Hernandez is a “goalscorer” and says he was baffled by the striker’s lack of game time at Manchester United.

The 27-year-old frontman was sold to Bayer Leverkusen for £7.3million in the summer – a year after he went on loan to Real Madrid.

Hernandez blasted 20 goals for United after being signed by Sir Alex Ferguson in April 2010 from Guadalajara and was the club’s Player of the Year as United won the Premier League, but his chances after that were few and far between.

After his loan spell at Real last term, Hernandez revealed his frustration after making only 13 starts in all competitions as the La Liga side opted not to turn his loan into a permanent transfer.

And United keeper De Gea cannot understand why Hernandez, who has scored 10 goals for the Bundesliga outfit this season, was not afforded more game time at Old Trafford.

“I don’t know,” De Gea told the ESPN Deportes show Fuera De Juego. “These are decisions for the coach. But in my team he would always play. He was an undisputed starter before and player of the year at United. He can get you 20, 30 goals a season. I would like a lot to play with him again, hopefully it can happen.

“He is a very good friend, we last spoke two or three days ago,” he said. “We are in touch a lot. He does well in whatever team he is at.

“He has scored eight or nine goals in very few games. The truth is he is doing well at Leverkusen and everyone knows Chicharito is a goalscorer.

“I miss him a lot in Manchester. We were always together, in everything.

“He is a very good friend of mine. We went out to eat, played Playstation, I went to his house; he came to mine. Our families get on well too. His parents would cook Mexican food, my family would cook too – typical Spanish meals.”

De Gea revealed that Hernandez found his time in Manchester tough, but was still a tireless worker.

“It is difficult for him, for any player, to play little,” added De Gea. “Then when he came on, he scored. I learned from him when I came to Manchester, he is a hard worker, always first to training and last to leave. He does not relax if he is not playing, keeps working hard.

“They were difficult moments, but everyone trusts in him, knows the level he has. He always does something, always scores goals when he gets playing time. He is showing now he is among best goal scorers in the world.”