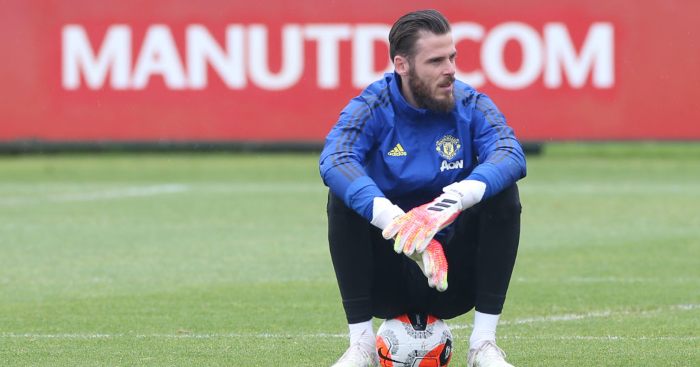 Paul Ince believes David de Gea is making “schoolboy errors” and has urged Manchester United to bring back Dean Henderson to challenge the Spaniard for the No.1 spot.

De Gea let Mason Mount’s shot slip through his hands in United’s 3-1 defeat to Chelsea in the FA Cup semi-final – the latest in a string of high profile errors.

And Ince, who won ten trophies in six seasons at Old Trafford, believes the United keeper is “complacent” and has lost the “hunger” necessary to stay at the top of his game.

“Any mistake you make, as a goalkeeper, will always be magnified,” Ince told Paddy Power.

“We know that, but what we’re seeing from David de Gea at the minute are basic, schoolboy errors. They are errors that someone on his wage and at his level simply should not be making – and not for the first time, too.

“If you go and look at the season, there’s several absolutely horrendous mistakes that just shouldn’t be happening. When you make mistakes like that, you have to come out in the next couple of games and stand up and be counted – to nullify that criticism – but it seems like he isn’t capable of doing that at the moment.

“You need to prove you’re the number one goalkeeper. He made a couple of decent saves yesterday against Chelsea, but the fact is, in big games you expect that. In those big games, the best keepers in the world aren’t making mistakes to begin with.

“He [De Gea] is totally complacent. Sergio Romero only plays once in a blue moon, but Dean Henderson is waiting in the wings, and the manager needs to create a bit of a challenge and competition at the club.

“Right now, De Gea knows there’s no challenger to him, that he will be the first name on the team sheet, and he’s playing like someone who knows that, too.

“As a player, if you think you’re going to play every game, it leads to complacency.

“For me, Dean Henderson would be the answer. He’s playing well, getting game time, and it’s something which Ole needs to look at.

“He needs to give De Gea that challenge and drive, and this lad could be the answer. Henderson’s got the hunger and desire to get into that top spot at United, too.

“While maybe it’s a case of De Gea signing the massive contract he did, and he thinks his job is done – he’s lost a bit of that hunger. He needs to come out now, fighting, and show us what an incredible keeper we all know he is.”