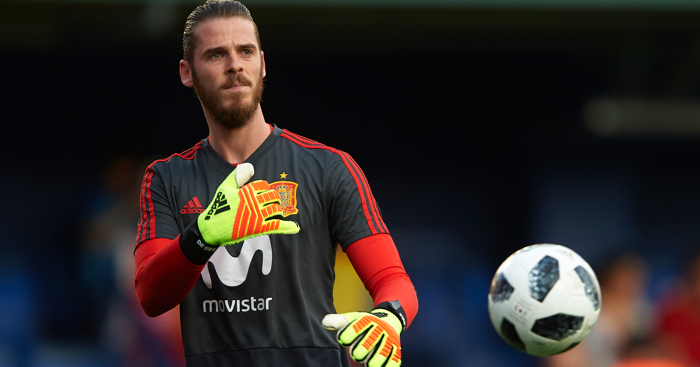 Manchester United goalkeeper David De Gea has swerved questions over a possible move this summer, insisting his focus is firmly on the World Cup.

The Spain No.1 has again been linked with a return to his homeland this summer, with Real Madrid’s long standing interest remaining.

Real are in the market for a new goalkeeper this summer, with De Gea, Alisson and Thibaut Courtois all said to be of interest to the Champions League winners.

De Gea almost moved to Real in 2015 but the deal collapsed at the last minute due to a hold up over paperwork.

The 27-year-old joked that United had since sorted out their fax machine, but when asked by AS about the prospect of finally returning to Madrid where he progressed through Atletico’s ranks, De Gea sat on the fence.

“It’s fixed. But it can also go by mail,” he said in quotes translated by Sport Witness.

“The important thing now is the World Cup, you can’t think about anything else that can divert your attention. You have to be focused, it is important to make a good World Cup, we are all good.”

De Gea was asked whether he had told his agent to avoid bothering him throughout the duration of the tournament in Russia.

“Football is football and a thousand things can happen,” he said. “But I’m always calm and, come what may, I’ll be the same and I want to be one hundred percent focused on the World Cup.”