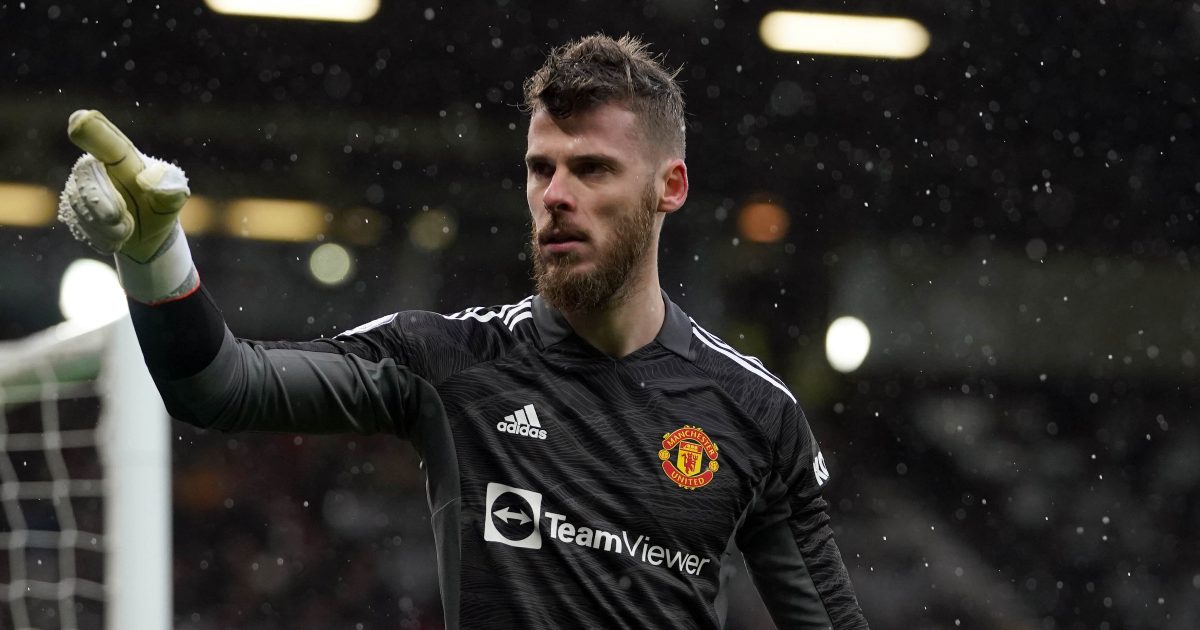 David De Gea has detailed how he feels “loved” at Manchester United and that he does not see himself playing for anyone else before he retires.

The goalkeeper faces his former club on Wednesday night. This comes as Man Utd face Atletico Madrid in the Champions League knockout stages.

The Spain international has downplayed this occasion. But he is aware that he could get a mixed reception given that he was linked with Real Madrid in 2015.

Just imagine if Rangnick was British or Knew The Club

Instead, De Gea has expressed his love for United and Manchester as a whole, suggesting he would be open to extending his deal beyond 2023.

“I like the fact I was born in Madrid, but at the end of the day, it’s just a city,” said De Gea, whose contract includes a one-year extension clause.

“I’ve been here for many years and, obviously, anything can happen in life, in the world of football, but honestly I don’t see myself away from Manchester United.

“But this is just another match. Everyone wants to play well, we want to win, it is a Champions League match.

“Obviously, I wish Atletico all the best, but I don’t know whether the fact we’re playing them is a good or bad omen. Everyone is going there to win, especially me.”

De Gea has made 473 appearances for United since joining from Atletico and is on course to add to his record haul of four Sir Matt Busby Player of the Year awards.

He has shone this season, having bounced back from some poor displays in recent years and increased competition from Dean Henderson, by displaying the kind of mental strength that helped him break through as a teenager at Atletico.

“At that moment, I was kind of the third-choice goalkeeper (behind Sergio Asenjo and Roberto),” he told UEFA. “I always believed in myself.

“I used to train a lot and just tried to prove: ‘I am here, I may be young but I’m good enough’.

“I tried to do my best, and then, it was fortunate for me but unfortunate for Roberto that he got injured and I got the chance to prove that I was good enough.

“When Quique (Sanchez Flores) arrived, the team changed. We won game after game, and there was a moment when Asenjo and I were both available and he chose me.

“I played nearly every game. We made it to the final of the UEFA Europa League, and we won it.