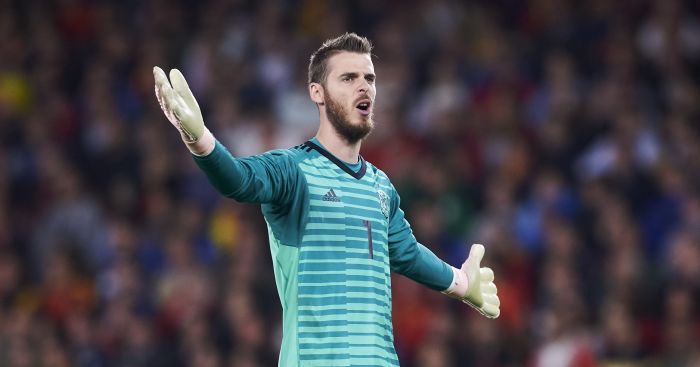 David de Gea is becoming increasingly fed up of being ‘singled out’ for his performances while on international duty with Spain, according to reports.

The Manchester United goalkeeper hasn’t been in the best form for his club this season but criticism of his performances has been more vocal around the Spain set-up.

De Gea came under fire for his displays at the World Cup as Spain crashed out the tournament in the round of 16 to tournament hosts Russia and his place in the starting XI has been questioned.

The latest criticism came in Spain’s 3-2 loss to Croatia in the Nations League when he received stick for his role in Zlatko Dalic’s side’s winning goal.

And ESPN claims that sources have told them that De Gea thinks the criticism is ‘unfair’ and that he is being ‘treated harshly’ because he doesn’t play for Real Madrid or Barcelona.

The report continues by adding that De Gea, who could be replaced by Chelsea goalkeeper Kepa Arrizabalaga for March’s fixtures, is growing frustrated at the ‘lack of respect’ shown towards him at international level.

There is no chance of him quitting international football, however, and will instead try to keep his place in the side for Euro 2020.