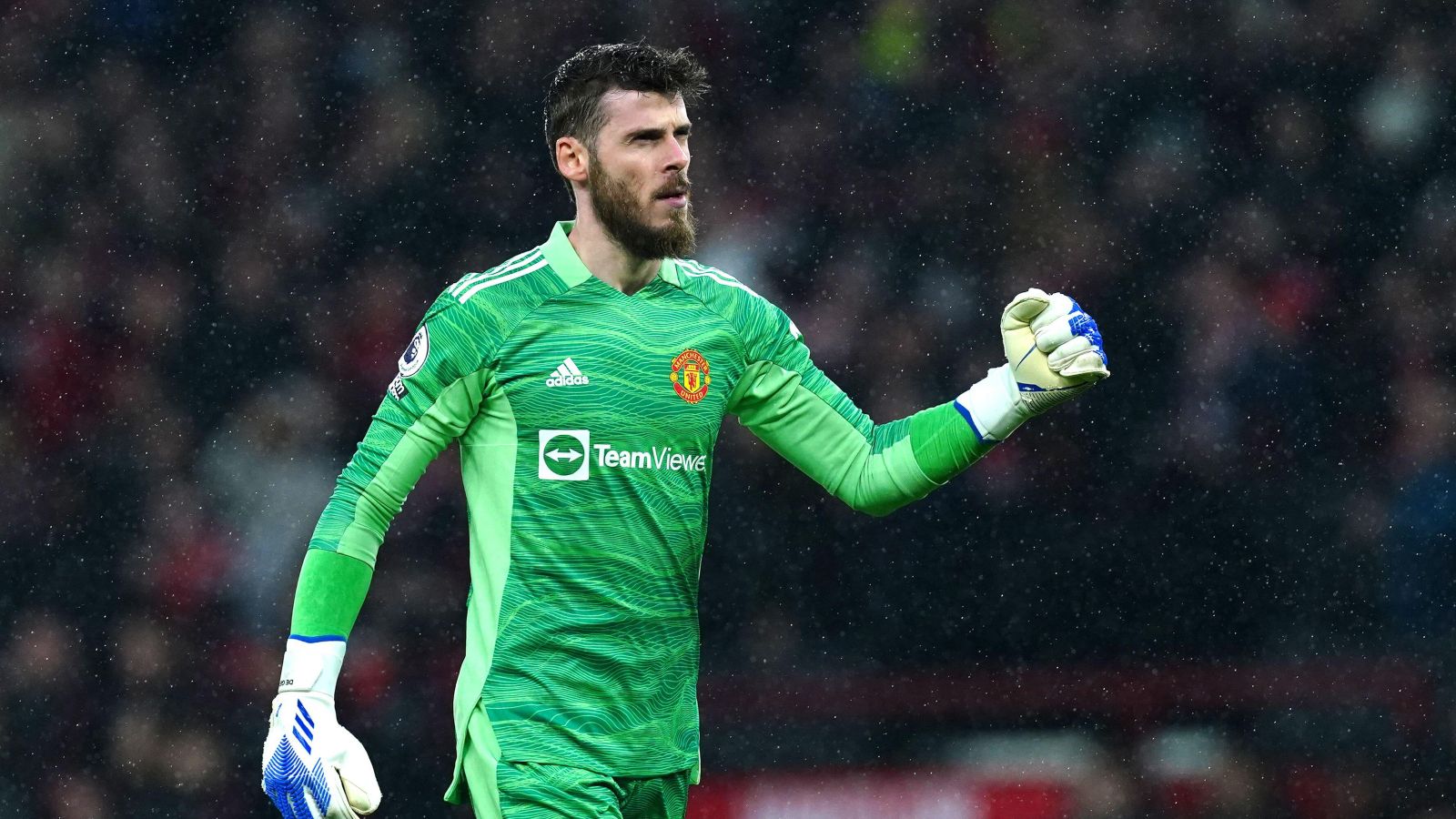 David De Gea is desperate to end a difficult season with a win as Manchester United look to avoid slipping into the Europa Conference League.

But a wretched start to the campaign led to Ole Gunnar Solskjaer’s November sacking, with interim successor Ralf Rangnick failing in his goal of rallying the troops and sealing Champions League qualification.

United could even slip into European football’s recently-created third-tier competition, with seventh-placed West Ham currently occupying that spot but just two points behind the Red Devils and boasting a vastly superior goal difference.

Rangnick’s men can avoid Conference League qualification and rubberstamp their spot in the Europa League at Crystal Palace on Sunday, when De Gea wants to repay the fans’ backing at the end of such a challenging season.

“We know (this season has) been difficult,” United’s number one said ahead of the trip to Selhurst Park, where new manager Erik ten Hag will be watching.

“But at least just for [the fans) and for our pride (we will) try to win the game.

“(I want to) at least give a win for the fans because they have been absolutely amazing for the whole season and it’s great to have them at every single game.”

If United slip into the Conference League by finishing seventh, it would match their lowest finish of the Premier League era.

But, even if the Red Devils stay sixth, they will finish with their lowest ever Premier League points tally whatever happens on Sunday.

They also only have a shockingly poor goal difference of one – a figure that would have been worse but for De Gea, who has been a shining light in a poor season.

The 31-year-old’s future had looked unclear after Dean Henderson’s emergence last season, but he has reacted brilliantly to that competition and his key penalty miss in the Europa League shoot-out loss to Villarreal.

“It will always have been a tough season for us, but I am very proud of my season, to be honest,” De Gea said.

“I worked really hard in the summer to be here and be ready to play and show my qualities for the team.

“I think I did very well. I played very consistent this season and helped the team a lot.”

So impressive have De Gea’s performances been that he looks like a leading contender to win United’s Sir Matt Busby Player of the Year award.

The Spain international has already won it on a record four occasions.