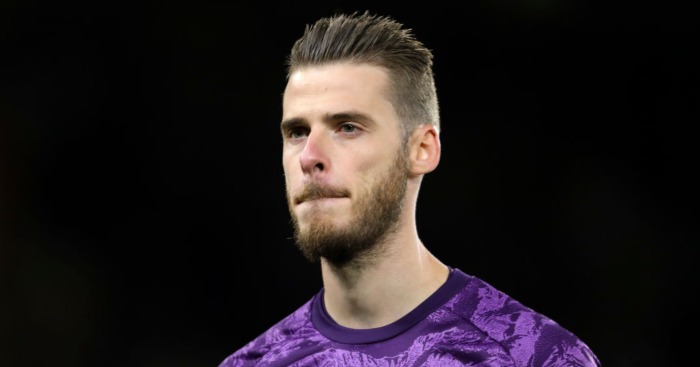 David de Gea will keep Manchester United guessing until January over whether he will sign a new deal at the club, according to a report.

After demands around the deal saw negotiations stall last season, The Sun claimed in mid-July that De Gea ‘is ready to sign an eye-watering £91million five-year deal when United return from their pre-season tour.’ Which never happened.

Paris St Germain, Juventus and Real Madrid – a club he was so close to joining in 2015 – have been linked to the Spain international, but Ole Gunnar Solskjaer has remained confident De Gea will remain at United.

And now The Sun is back to tell us that De Gea ‘could keep Manchester United sweating until January’ with the 28-year-old ‘yet to put pen to paper’ on a new deal.

The newspaper sticks to their guns on a previous report that claimed the Spaniard had agreed a ‘£350,000-a-week deal in principle’.

The Sun adds: ‘United expect the Spaniard’s signature on the fresh terms and the deal can be announced once it is finalised.’

They continue: ‘But they are waiting for the green light to confirm their No 1 has committed his future to Old Trafford.’

The Red Devils are being kept ‘sweating’ over something they ‘expect’ to happen. Ok then…