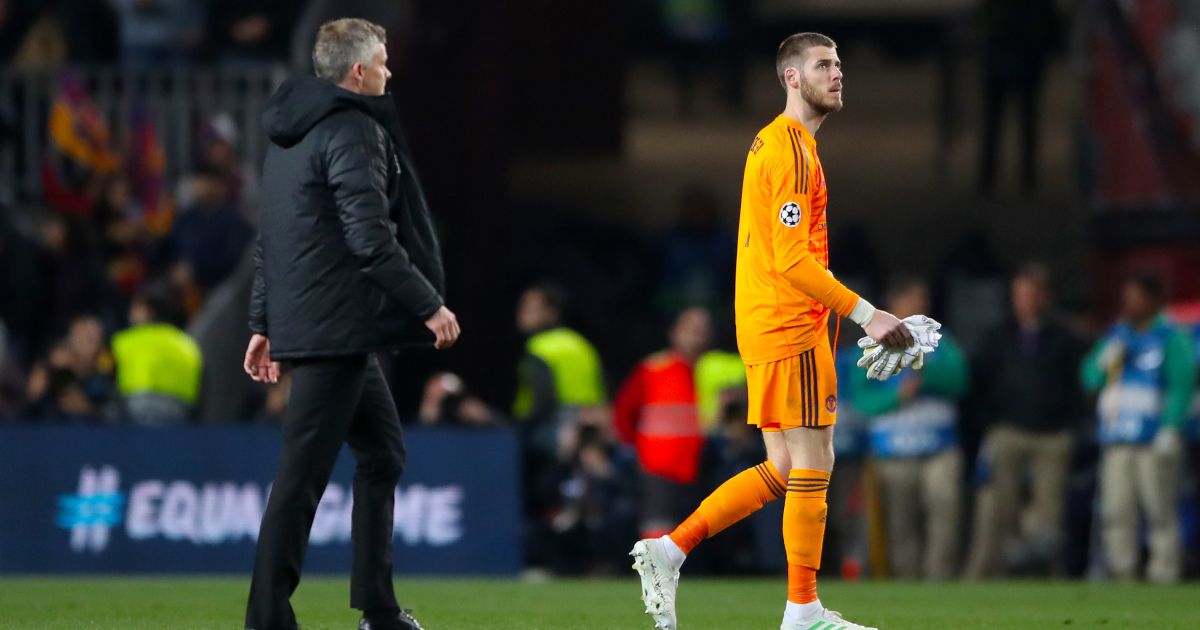 Man Utd are “softer than a muffin” and Edinson Cavani is their best defender, according to one of David de Gea’s former coaches.

The Red Devils finished a mammoth 33 points behind Liverpool in 2019/20 when Jurgen Klopp’s men won the Premier League title.

But, partly due to Liverpool being a lot worse this season, Ole Gunnar Solskjaer’s side have passed the Reds this term, finishing five points ahead of them in second.

There has been a definite improvement at Old Trafford this season but there are still doubts over a number of positions in Solskjaer’s team,

Not least the goalkeeping spot, with De Gea and Dean Henderson sharing the number one position all campaign with Spaniard coming under fire over his performances in recent seasons.

However, former Spain under-21 coach Gabino Rodriguez reckons De Gea is “suffering the consequences” of playing in front of Solskjaer’s weak defence.

“I always believe the team is a true reflection of the character of its coach. Look at the one led by Sir Alex Ferguson and that would show no mercy,” Rodriguez told The Sun.

“Ole’s team is softer than a muffin and David is suffering the consequences of the defensive frailties.

“You need to protect your best asset in the team, but there is just an uncontrolled mess between midfield and defence with gaps. Basically Ole’s team has a brutal defensive weakness. The two centre-backs are too slow, they are not commanding and other teams are well aware of it.

“The big problem is Solskjaer’s tactical organisation. United’s defensive deficiencies are undervaluing De Gea and Ole just doesn’t convince me. In the old days, Roy Keane and Paul Scholes not only dictated games, but did the dirty work and were the defensive backbone. In Ole’s team, Edinson Cavani is the best defender!”

Meanwhile, Man Utd legend Gary Pallister thinks the race between Henderson and De Gea for the number one spot is “too close to call”.

Speaking recently, Pallister told the Metro: “I’m probably thinking the same as Ole and it’s a tricky one, I’m not sure which way I’d go.

“He’s given Henderson a chance there, he played all of the league games for a while and David was the Europa League keeper, which was a role reversal really.

“He was basically saying Henderson was his No. 1 at that time. I think it’s too close to call. They’ve both had blips, Henderson came into the team with a big reputation but he’s had some uncomfortable moments.

“David’s not hit the heights recently but he’s been such an important player for United for so long now. David has proven he can do it at Old Trafford and that’s still up for Dean to prove.

“Henderson looks like a confident kid, he’s obviously got the ability. If he gets more game-time, hopefully he will become more comfortable.

“But he’s had a couple of uncomfortable moments and it’s left Ole with food for thought I think.”