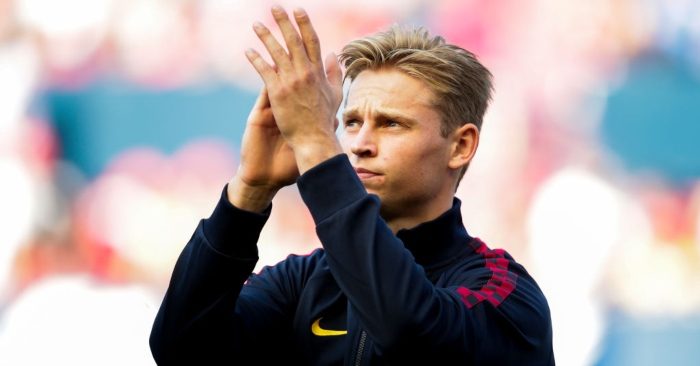 Frenkie De Jong has revealed that he could have joined Manchester City or Paris Saint-Germain instead of moving to Spain.

The former Ajax player signed for Barcelona for £68million in the summer after an impressive Champions League display led him to be linked with a host of top sides.

The 22-year-old Dutch international said that Barcelona were his first choice, but he could have moved elsewhere.

“If it had not been Barca, I find it hard to say it now, it would have been PSG or City,” De Jong told Spanish paper El Periodico, reported by Eurosport.

De Jong said money was not on his mind when making the decision: “It is not right to talk about [money].

“Money was not my business. Money was never discussed in the meeting room with me. It was a matter for my agent.

“The most important thing was the way [Barcelona] played and how they saw me, what plans they had for me.

He claimed that it was about the role he would play at Barcelona that convinced him to move to the Spanish champions.

“When [Barcelona] told me they saw me playing here, that they thought about this and that, then they really convinced me.

“I talked with my family and my agent and we chose Barca. Then my agent came here to negotiate.”