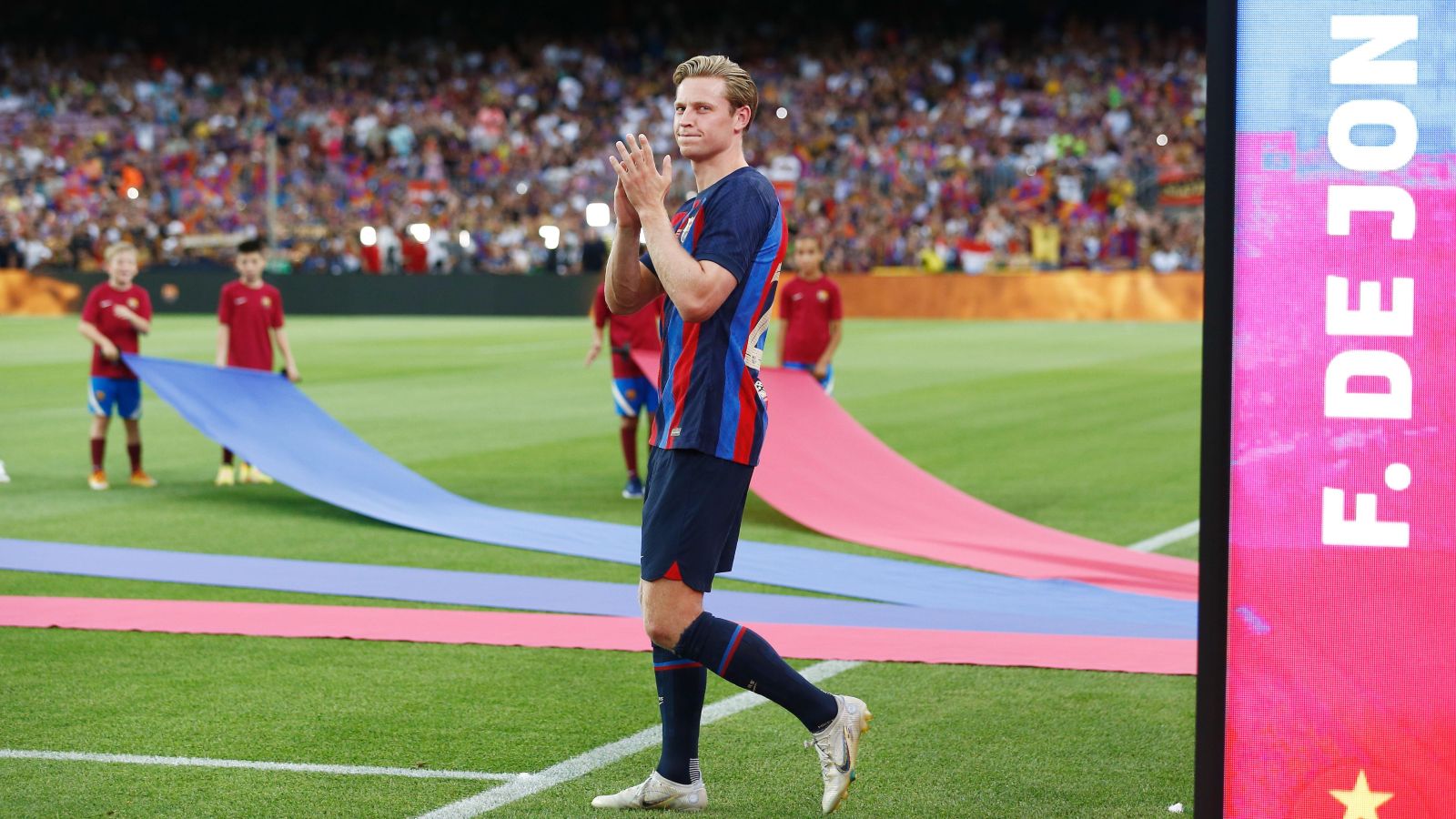 Chelsea and Manchester United target Frenkie de Jong should have his future decided this week after the long-running transfer saga approaches a resolution, according to reports.

Most onlookers just want to see this situation resolved as soon as possible with Man Utd declaring their interest in De Jong well over two months ago.

The Red Devils had looked like they were closing in on a deal for the Netherlands international after agreeing an €85m fee with Barcelona for his services.

However, De Jong has made it clear that he wants to remain at Barcelona in an ideal world despite interest from Chelsea and United.

Barca have reportedly told the Dutchman that he must take a pay cut of just under 50 per cent of his salary if he wants to remain at the Camp Nou, despite the Catalan giants still owing him around £17m in deferred wages and bonuses from during the height of the Covid-19 pandemic.

Numerous reports have indicated that De Jong has no intention of joining Man Utd this summer but you would’ve thought the Red Devils would’ve received some encouragement to continue pursuing a deal.

You wouldn’t put anything past the current Man Utd setup, though, and the Daily Telegraph claim that ‘it is clear De Jong is not interested’ in a ‘severe blow’ to Erik ten Hag’s transfer plans.

They do, however, expect De Jong’s future at Barcelona to be ‘sorted out this week ahead of the deadline for La Liga’s cost controls’ with Barca even suggesting ‘his contract with them is not legal’.

Spanish publication Mundo Deportivo insist that Barcelona president Joan Laporta ‘and the leadership’ want to keep him but ‘the sports area and the technical staff’ are fine with him leaving if they sign Manchester City star Bernardo Silva.

Just five days before the start of the La Liga campaign and De Jong ‘still does not want to leave’ and who can blame him when he’s owed such a huge amount of money.

But De Jong has ‘admitted it in the locker room’ that a transfer to Chelsea ‘motivates him more than United because he plays in the Champions League and is from a big city like London’.

Barcelona now see his transfer away from the club as ‘a risk they are reluctant to take’ with the fear of the ‘possibility that he leaves and triumphs’.