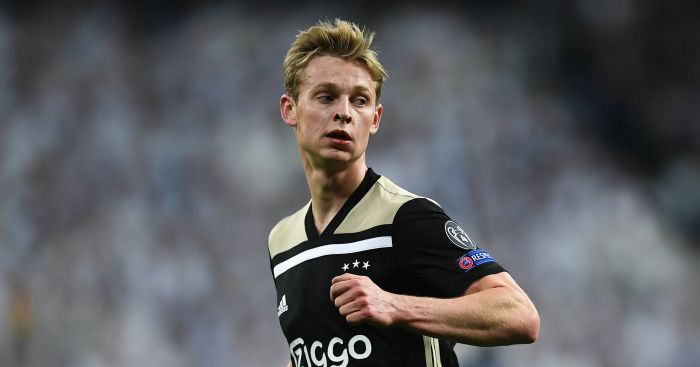 Frenkie de Jong has explained why he rejected a transfer to Tottenham to stay longer at Ajax.

The 21-year-old, who has seven caps for the Netherlands, has now agreed to join Barcelona in the summer after impressing over the last couple of seasons for Ajax.

The midfielder was attracting interest from some of the world’s biggest clubs last summer, including Spurs, Manchester City and Paris Saint-Germain but the youngster felt he owed the Eredivisie side another year of his services.

“The moment wasn’t right,” De Jong told FourFourTwo. “I wasn’t finished at Ajax, as I hadn’t yet played a full season in my own position.

“I was also injured in that period, so I was thinking, ‘Not yet’. I felt I should stay for another year at Ajax, or perhaps longer.

“I considered their [Spurs’] offer long and hard. I see Tottenham as a very stable club, and they are only getting better. They give young players a chance and I see Mauricio Pochettino as a manager who really improves young players. I like the kind of football they are playing. I think it would have suited my game.”