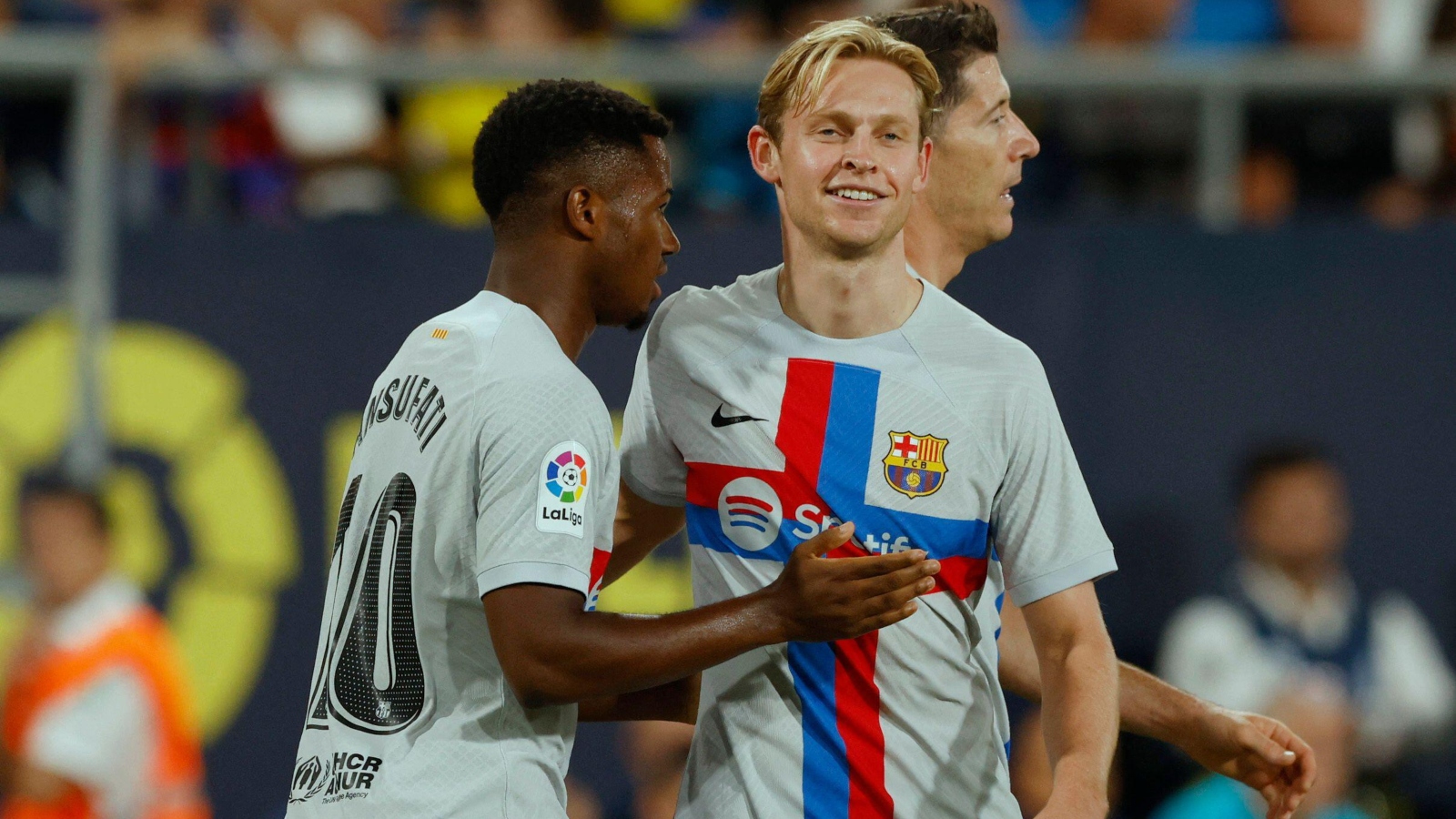 Barcelona midfielder Frenkie de Jong has broken his silence on the relentless rumours linking him with a move to Manchester United this summer.

De Jong’s rumoured switch to Old Trafford was comfortably the most tedious saga of the summer transfer window.

The Impact XI: The Premier League signings who have made their presence felt

It was believed that Barcelona were trying to push the midfielder out in order to raise funds for their own transfers.

Even without selling the Dutchman, they were able to fork out around £135million on Jules Kounde, Raphinha and Robert Lewandowski.

A move to United was particularly unappealing to De Jong after they failed to qualify for the Champions League.

With a move to Old Trafford dead in the water, Chelsea then emerged as a potential new team for the 25-year-old.

In what would have been a hilarious deal given United’s obsessive pursuit of the player, his stance did not change and he wanted to stay in Catalonia.

While playing for Barcelona is obviously extremely appealing, it has been widely reported that the La Liga club owe De Jong between £14m-£17m in deferred wages.

As a result, the Netherlands international had no intention of leaving until he was paid.

Whilst on international duty, De Jong was asked about the reported interest from the Premier League.

He made it clear that it was always his intention to stay at Barcelona.

“Chelsea and Man United interest? I already decided in May that I wanted to stay at Barcelona. I never changed this decision during the summer,” he told NOS.

“I can’t give too much details away,” he added. “But look.. the club has it’s own ideas and I have my own ideas too and sometimes this clashes with each other. But at the end of the day things went okay.”

Commenting on the reports that Barcelona were actively looking to sell him, De Jong said: “There are so many programs and papers who make things up.

“Look, a lot has happened and yes things were a little troubled, but my own decision was clear from the start.”

De Jong insists that he feels welcome at Barcelona; in the dressing room at least.

“Between me and my teammates, nothing has changed,” he said.

Barcelona paid a fee in the region of £78m to sign De Jong from Ajax three years ago.

They had reportedly agreed to sell him to United for around that price, including add-ons, but it all came down to the player’s side, and he was not keen.

He has played the full 90 minutes of his side’s last two La Liga matches, scoring in the 4-0 win at Cadiz.