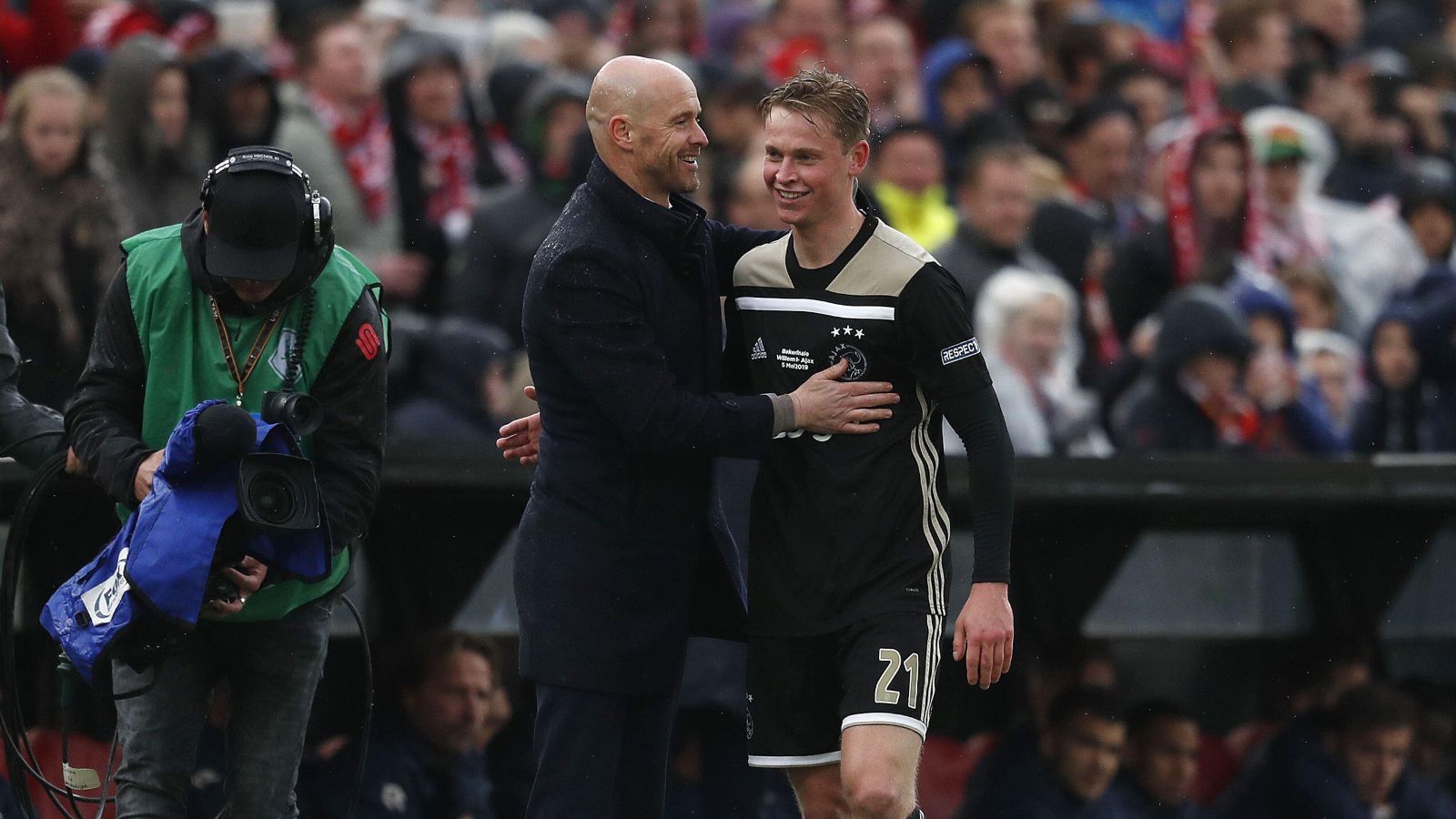 According to reports, three Premier League midfielders are being eyed by Man Utd this summer but Frenkie de Jong is Erik ten Hag’s ‘leading target’.

Ten Hag has replaced Ralf Rangnick at Man Utd ahead of the 2022/23 campaign. The Dutchman managed De Jong during their time together at Ajax.

It is being reported that Barcelona are holding out for an offer of €80m before they sell De Jong this summer.

GOAL are reporting that Ten Hag wants to sign five players this summer. Man Utd are understood to be ‘preparing for a drawn-out pursuit’ of De Jong.

It is claimed that ‘stars will have to align’ for the deal to be completed. With that, GOAL state that Kalvin Phillips, Declan Rice and N’Golo Kante are also being considered by Man Utd.

Phillips is ‘admired’ while his England teammate Rice is unlikely to join Man Utd with West Ham currently demanding £150m for their prized asset.

Meanwhile, ‘United are conscious of being used as leverage in Kante’s contract negotiations at Chelsea’. His deal expires in 2023 and he ‘fits the profile of the style of player’ Ten Hag is interested in.

Elsewhere, Paul Pogba has said he wants to “feel loved” and “appreciated” at his next club after Manchester United announced he would be leaving on a free transfer this summer.

“I just want the best for me. I’m thinking, putting everything together, take my time, and I’m just looking for the best, I want to play football, be myself always, and enjoy what I do.

“I need to enjoy what I do because otherwise I cannot perform well. I don’t want to be thinking negatively. We can be losing games, trophies but you have to be happy and enjoy yourself – that’s what I’m looking for.”

Pogba was then further pressed on what he wanted from his next club, once again reiterating that his main drives are to enjoy playing football again, and to feel loved on the pitch.

Pogba added: “Everybody wants to feel loved, everyone needs that in your soul to feel appreciated. Everything you do even when you grow up, when you do a good thing you like to hear well done, nice, it’s always been like that even adults we need that. It’s always good to feel the work you do is appreciated that you’re doing well that people are happy with yourself.”