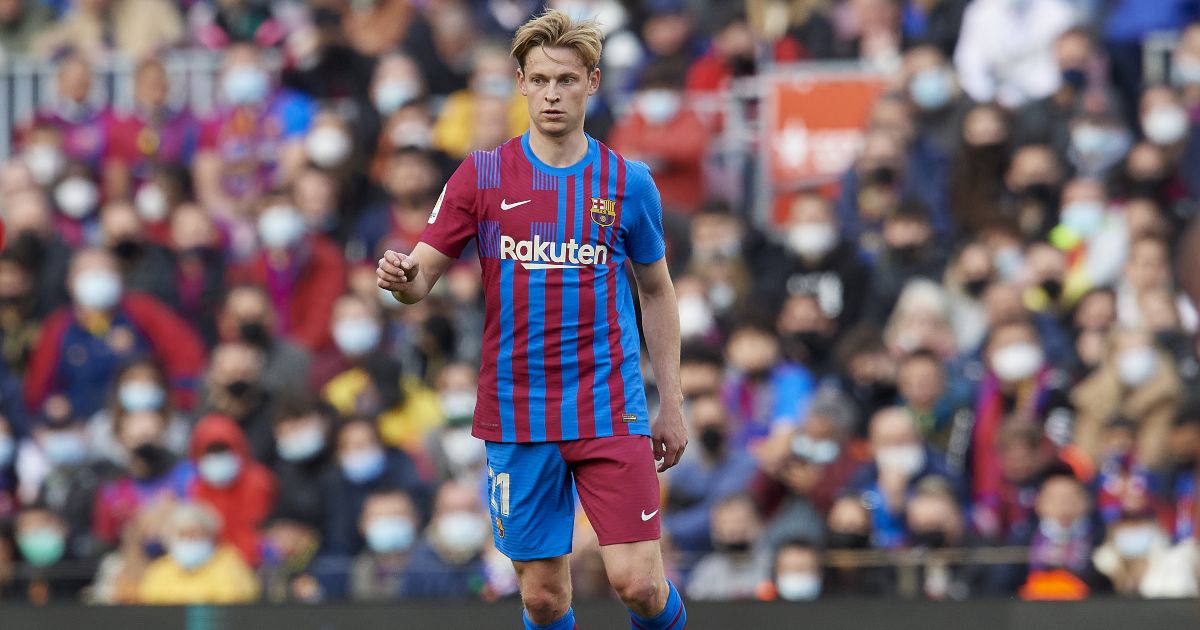 Barcelona midfielder Frenkie de Jong has rejected an offer to join Liverpool in the summer transfer window, according to reports.

De Jong moved to Barcelona from Ajax for £77million in the summer of 2019 and has struggled to find the form he showed in the Netherlands amid the upheaval at the Nou Camp.

The 24-year-old has contributed two goals and two assists in 26 appearances in all competitions this season for the Catalan giants.

Phil from Brazil is back! Coutinho will be a bargain for Villa

De Jong is under contract until 2026, however, amid the club’s financial concerns, has been linked with a move away from the Nou Camp.

Liverpool and Chelsea have both been linked with De Jong over the past few months with one report claiming the Reds were ‘crazy’ about signing him.

But now Spanish publication Nacional claims that the Dutchman has ‘rejected’ an offer from Liverpool with Jurgen Klopp ‘interested’ in bringing De Jong to Anfield for his ‘best years’.

Instead, ‘he has decided to stay to show everyone and himself that he deserves a place’ in Xavi’s starting XI moving forward.

De Jong believes Barcelona manager Xavi can ‘bring out his best version’ with the midfielder making his feelings on his manager clear in a recent interview.

Meanwhile, former Arsenal striker Kevin Campbell recommended in December that the Gunners – who were busy in the summer market – should attempt to sign De Jong in the January transfer window.

Campbell told Football Insider: “I would like De Jong, if you don’t mind. I would love to see him at Arsenal.

“I cannot see them moving him on because he has been phenomenal for them, he really has.

“He is the one player who really fit into Mikel Arteta’s squad. He would fit in effortlessly. I think he’d be brilliant beside Thomas Partey.

“Would they want to do that deal? Barca want another striker now [Sergio] Aguero has retired. There is room for Aubameyang.

“Listen, at the end of the day, if they want to do business and Aubameyang wants to go – do the business. Create some room on that wage bill.”