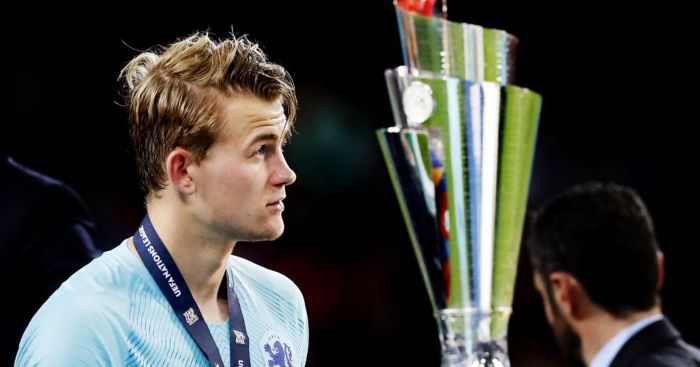 Matthijs De Ligt is waiting on Ajax and Juventus to agree a fee after accepting a mammoth contract to join the Italian club.

De Ligt has emerged as one of the leading targets for most of Europe’s elite this summer, with Barcelona, Liverpool, Manchester United and PSG all linked to the centre-half.

We feared him leaving for PSG, while he was considered to be Jurgen Klopp’s ‘next triumph’ in the transfer market.

United felt they were being used to generate more interest in the Dutchman, but De Ligt now seems bound for Turin.

“Agreements have been made with Matthijs and it is up to Ajax how the club wants to deal with this,” agent Mino Raiola told De Telegraaf.

“We’re waiting for them to complete the agreement with Ajax soon.

“An arbitration case is out of the question for us. I also advised Matthijs, because it does not suit his style and his lifestyle.

“The player only hopes that Juventus and Ajax will show the will to work and that the deal is completed quickly.”

According to numerous sources, De Ligt has agreed to terms on a deal worth €12m a season, which roughly equates to around £230,000 per week.