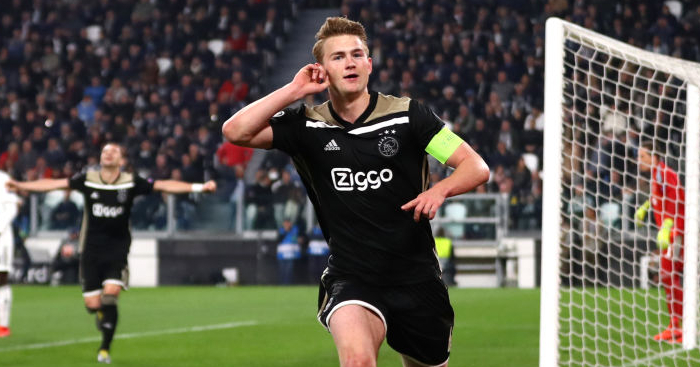 A report in Sport on Friday claimed that United have offered a deal worth £12.3million-a-year which equates to £236,000-per-week as they look to jump the queue in the race for De Ligt.

However, sources have reportedly told Sky Sports that United are not in the running to sign the Dutchman this summer, contrary to recent reports.

And De Ligt wasn’t giving too much away when asked about the speculation linking him with a move to Old Trafford – but he did say he would sort his future after the Nations League in June.

“I have read the reports about Manchester United,” De Ligt told FOX Sports.

“I have seen the salary I would get, too. Would you take it?

“People should take these reports with a grain of salt. The stories are funny though.

“I have made quite a tour through Europe haven’t I?

“My focus is on the Nations League and after that I will see what will happen.”