Home Manchester United De Ligt talks up PL, names what next club must offer him 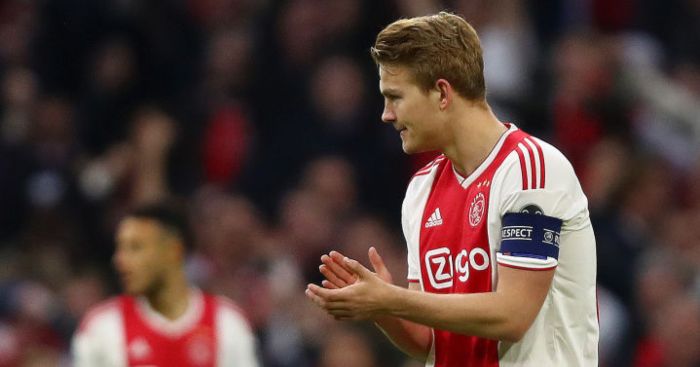 Matthijs De Ligt has suggested that regular playing time will sway whatever decision he makes on his future.

De Ligt is expected to leave Ajax this summer after attracting interest from across Europe.

Barcelona are keen to sign the Dutchman along with compatriot Frenkie De Jong, while PSG are said to be favourites.

But the centre-half has also been referred to as Jurgen Klopp’s ‘next triumph’ – although we’d love to see him at Manchester United.

The 19-year-old discussed his future on Thursday after helping Netherlands reach the UEFA Nations League final with a 3-1 victory over England.

He said that “the most important thing is to play”, which could rule Barca out of the equation.

“Obviously the Premier League is a great competition, but I haven’t made up my mind yet,” he told talkSPORT.

“I’m still looking at what to do.

“For me, the most important thing is to play. I think today showed what experience can do.

“Now I’m focusing on the next game against Portugal, that’s the most important thing.”