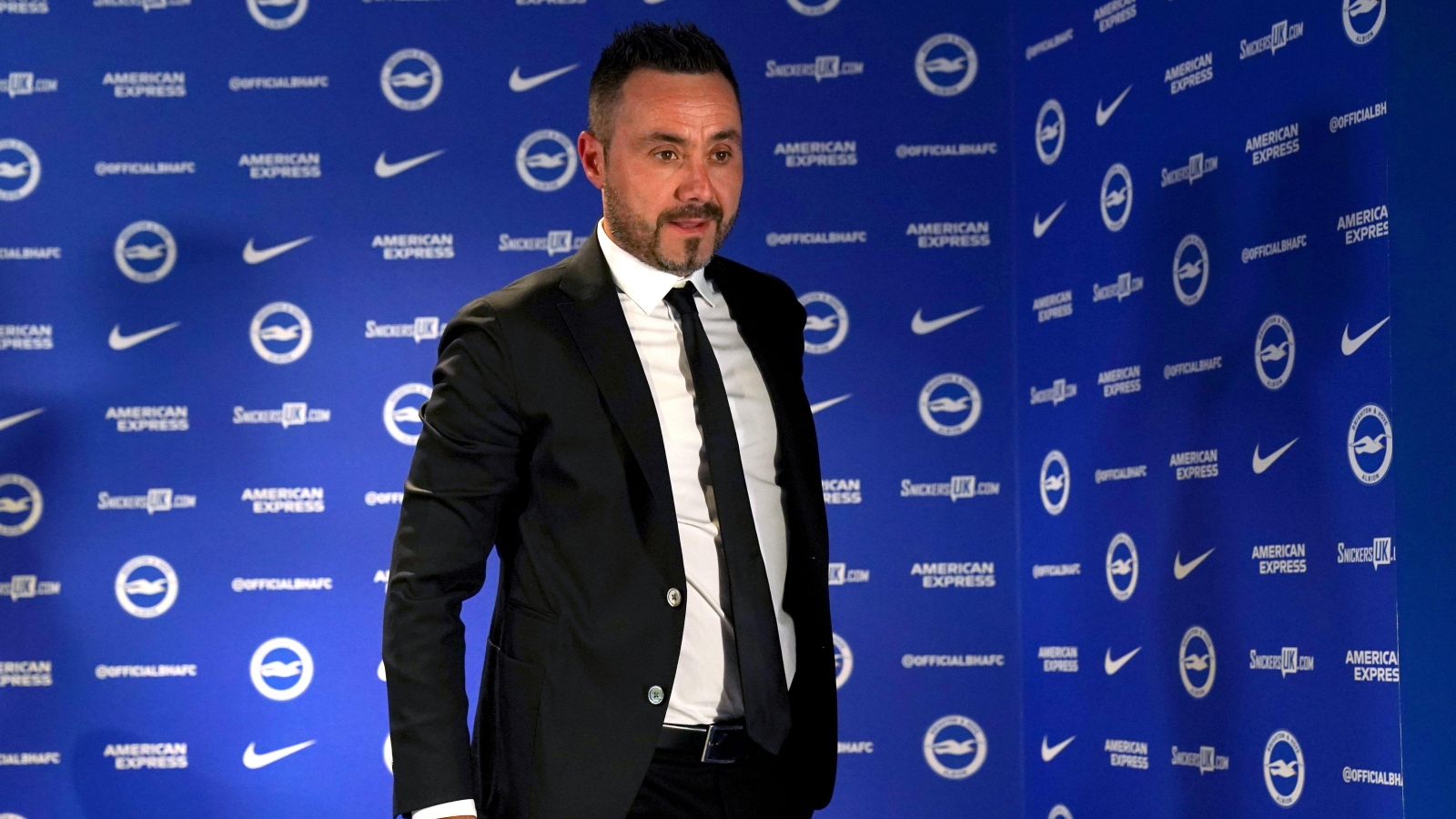 The 43-year-old Italian insisted he picked Brighton over a host of other managerial opportunities, and declared himself excited to succeed Graham Potter with the Seagulls.

Barber and owner Tony Bloom insisted De Zerbi was on a shortlist of one to take the helm, with both club and new coach believing their qualities and vision align.

“Brighton strongly wanted me as a coach, and their style of play is very similar to my idea of football,” said De Zerbi.

“We met each other straight after we had started to talk. Of course, other teams were interested in me but I’m delighted to be here.

“I think we’re on the same wavelength and I’m sure we can do it well. I spoke to Pep (Guardiola) on Sunday evening, yes. He’s very happy that I’m on board here.

“He told me very good things about the club. And he told me that if I need he will be very happy to help me – but of course not in the match we are playing against them!”

“Roberto was regarded as a sort of genius when he was a player, there was a big hype around him, but for some reason never fulfilled his potential,” Orlandi told the club’s official website.

“As a coach there’s this same ‘genius’ story about him, and from his early days at Foggia you could tell that he didn’t have that traditional Italian mentality as a manager.

“For him, it has always been about passing and getting through the lines of pressure by combinations. He’s very adaptable as well.

“He is very much a ‘Guardiola-esque’ type of manager, so I think he is perfect for Brighton’s style and way of playing. I think the club is in safe hands with him.”

Orlandi added: “When he was there (Sassuolo), they played some of the best football in Serie A.

“He then made the big move to Shakhtar Donetsk, had success, but we all know what happened in Ukraine unfortunately.

“Now he has his big chance in the Premier League and you will continue to see Brighton playing as they have done under Graham Potter.

“I’ve been very impressed with the evolution the team’s had over the seasons.

“The results this season have been absolutely magnificent and the football produced has been second to none – with some standout results, including the win at Old Trafford.

“Now they’ve got a new coach, and, as I say, the style is not going to change. Obviously he will apply his own way of training, of coaching, but the idea is going to be the same.

“The team will continue to treat the ball well and will be very exciting and attacking, so I’m looking really forward to it.”