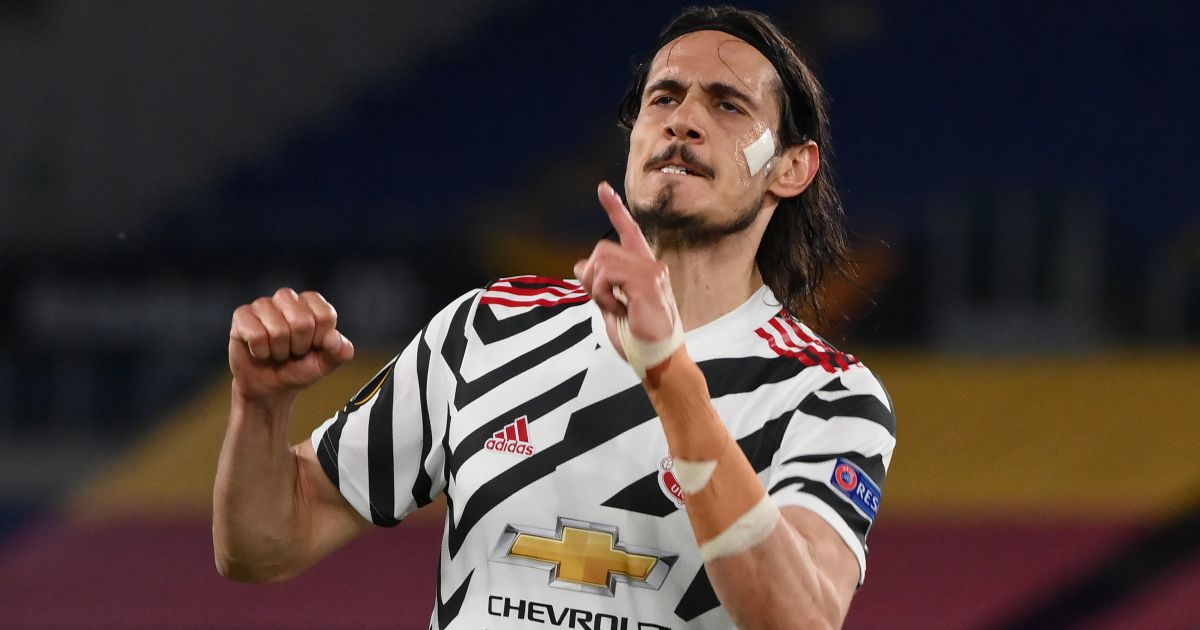 Uruguayan striker Edinson Cavani has agreed to a contract extension at Man Utd, according to a report.

The 34-year-old has scored some important goals for the Red Devils this season with the former Paris Saint-Germain striker popping up with a late third goal in their 3-1 win over Aston Villa on Sunday.

Cavani has scored 15 goals and provided four assists for his Man Utd team-mates in all competitions this campaign, helping them to the Europa League final and second place in the Premier League.

MAILBOX: Man Utd comeback wins would be losses in a ‘normal’ season…

There have been rumours that he could return to South America to play for Boca Juniors but journalist Fabrizio Romano claims Cavani has agreed to stay at Old Trafford.

The respected reporter claims that Cavani ‘has signed his contract extension’ at Man Utd and that an ‘official announcement [is] expected in the next days but the deal is done and completed’.

Edinson Cavani has signed until June 2022 with Manchester United, one more season. Official announcement expected in the next days but the deal is done and completed. Here-we-go ⏳🚨 #MUFC

Cavani ‘has accepted to stay after Man Utd board and [Ole Gunnar] Solskjaer were pushing to keep him’ and his new contract will run until June 2022.

He will again ‘decide his future at the end of the next season’ with Argentinian side Boca Juniors offering him a two-year deal to join them.

Speaking at the end of April, Solskjaer made it clear that he wanted Cavani and stay, he said: “He was out for seven months and he’d not been playing football for a long, long time before he came to us.

“He’s had his couple of injuries and he’s now worked really hard to get back fit and he shows his qualities. He knows my feelings. He knows that I’d love to him for another year.

“We have spoken about it. I understand this year has been very difficult but I’ve promised him that Old Trafford and Manchester is a different place with our fans in the stadium.

“He must try to get that feeling, to be on our side. Manchester is a fantastic place to live. I’m doing my best so let’s see. Of course nights like this, hopefully we can get to the final and hopefully he can see himself being here for another year.”