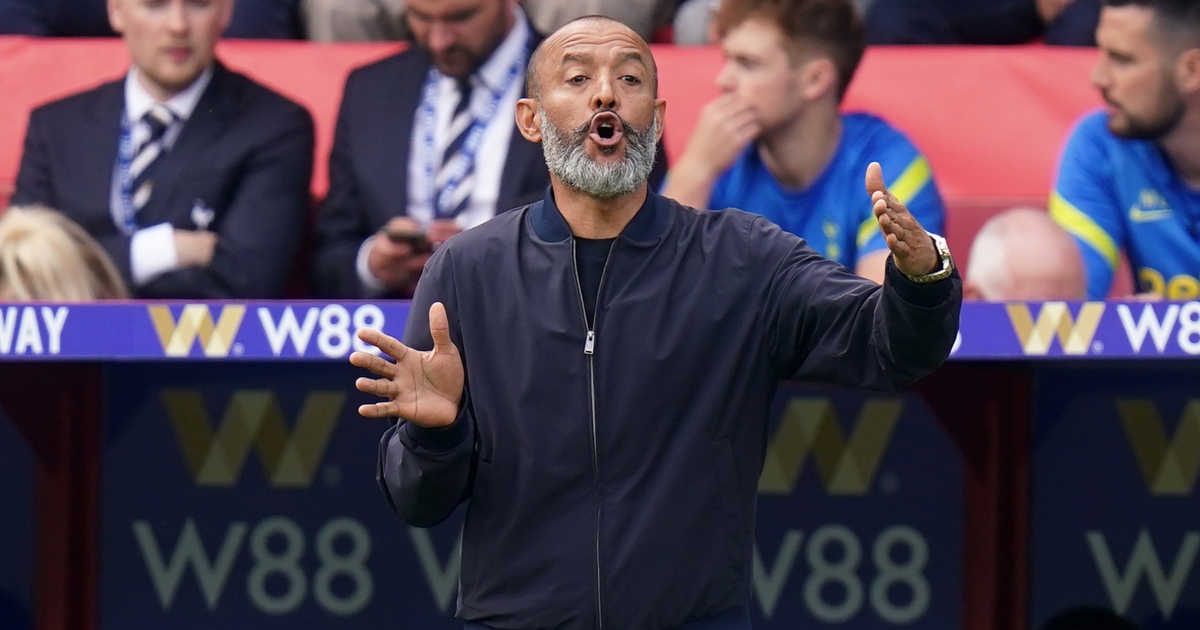 A penalty from Wilfried Zaha and a brace from Odsonne Edouard brought an abrupt end to Spurs’ perfect start to the season, with Japhet Tanganga’s red card proving the turning point in the 58th minute.

Spurs were sluggish throughout but the floodgates only truly began to open once they were down to ten men, and from there Palace ran away with it.

Speaking to talkSPORT after the game, Ashton took aim at Nuno for his failure to adapt in the second half when Spurs were under the cosh.

“Tottenham were absolutely dreadful,” he said.

“Other than the first ten minutes when Lucas Moura and Dele Alli were superb, other than that, they were dreadful, honestly.

“And, I’m sorry, but I have to lay some of the blame on Nuno for this. I think Nuno has to take a little bit of the flack.

“He needed to react sooner in the second-half to make changes and help the side.

“It was so obvious that something was going to happen, it was either going to be a Crystal Palace goal or a red card.

“It clearly wasn’t working with the three midfielders he picked, he didn’t change it.

“He didn’t change it when it was clear Crystal Palace were on top and then of course Japhet Tanganga makes a stupid mistake, and the game’s gone.

“Lots of Tottenham fans, especially the ones here at Selhurst Park today, will be so, so disappointed with that effort today.”

“We knew it was going to be tough , but we didn’t perform like we showed before, and, honestly, I believe we should do much better in all aspects of the game.

“There were too many obstacles during the game, always trying to find solutions, so it was tough day for the boys, and after having one man less, it becomes much harder, trying to look for a goal with one man less, the imbalance comes.

“We have to analyse, and we have a lot of work to do.”