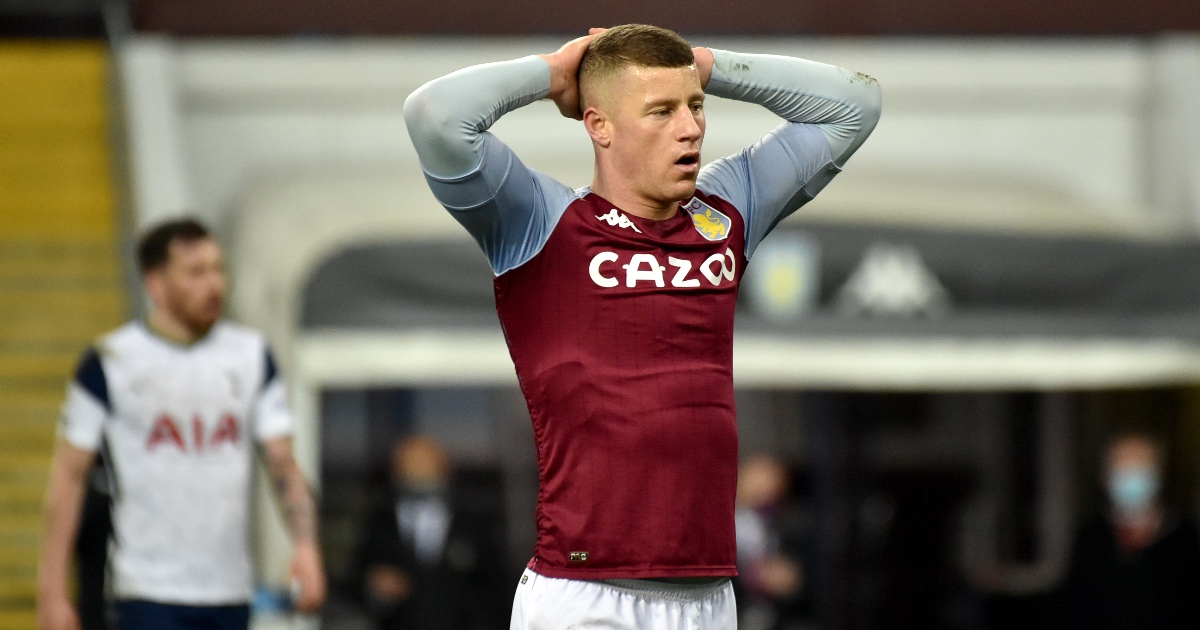 The Englishman was heavily linked with a permanent move after starting the season brilliantly at Villa Park.

He was clearly out to impress parent club Chelsea, scoring in consecutive wins against Liverpool and Leicester City.

Barkley also registered an assist as Villa eased to a 3-0 win against Arsenal in November.

However, he picked up a hamstring injury in the next game which ruled him out for a number of weeks.

Barkley has struggled to play a full 90 minutes since.

Speaking about the midfielder, Smith said: “He started the season like a house on fire, then, with the Covid break after his injury, he’s probably been as inconsistent as we have as a team.

“But his future for the next two years is at Chelsea and we haven’t had any discussions about that and I think it would be wrong to do so, since it was a one-year loan.

“We never really had any decision to make. He’s got two years left on his Chelsea contract, I believe. The deal was always to bring him in for the season. We wanted a high-calibre player on loan to add to our quality that we’d signed permanently.”

The 27-year-old managed 65 minutes as Villa drew 0-0 with Everton on Thursday.

The result kept Smith’s side in contention for a top ten finish while also hampering Everton’s top six push.

The main positive for Villa was the return of skipper Jack Grealish.

He’s been out since February 13 but managed to come off the bench. The playmaker worked his way into the game with a series of touches and passes but couldn’t provide a winning spark.

When asked about Grealish after the draw, Smith said: “The medical staff said [bring him on at minute] 75 but I twisted their arm to get a few more minutes out of him. I felt we were flat in the final third and needed a spark. He won’t be ready to start at Crystal Palace.”