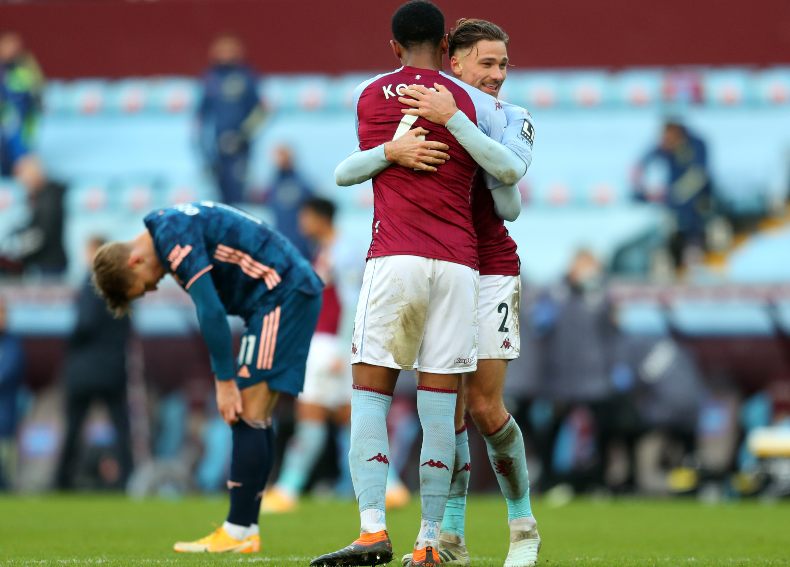 Dean Smith will be without both Kortney Hause and Matty Cash going into Aston Villa’s clash with Leicester City on Sunday, the latter ruled out after sustaining a thigh injury against Brighton & Hove Albion.

Smith described the loss of Cash as “a miss”, but remained confident his squad had the necessary depth to overcome the injury.

“On the whole he [Cash] has been a very good acquisition for us,” he told the BBC.

“We certainly feel that we are capable of filling the void.”

Cash has excelled at right-back this season, making a seamless transition from Championship football with Nottingham Forest to life in the Premier League.

He has formed a watertight partnership with Ezri Konsa on the right side of the defence, another Villa player enjoying a fine season that has drawn the attention of the Premier League’s biggest clubs.

Villa have conceded the second-fewest goals this season, but Smith refused to entertain any speculation of a potential raid for Konsa, whom he recruited from Brentford in 2019.

“I will joke with him about it,” he said.

“He’s excelling in his position; he’s been one of our best players this season, very consistent and reliable.”

Villa host Leicester on Sunday, and will be looking to bounce back from what Smith described as “a  bad day at the office” against Brighton.

The Seagulls were by far the better side in a goalless draw, with Villa managing just one shot on target.

Smith, however, insists he has put the game behind him, claiming all eyes are now on the Leicester game as Villa look to maintain an unlikely charge for Europe.

“I can honestly say that I haven’t looked back at that game,” he said.

“It was a bad day at the office and there were so many unforced errors, which is very unlike us.”