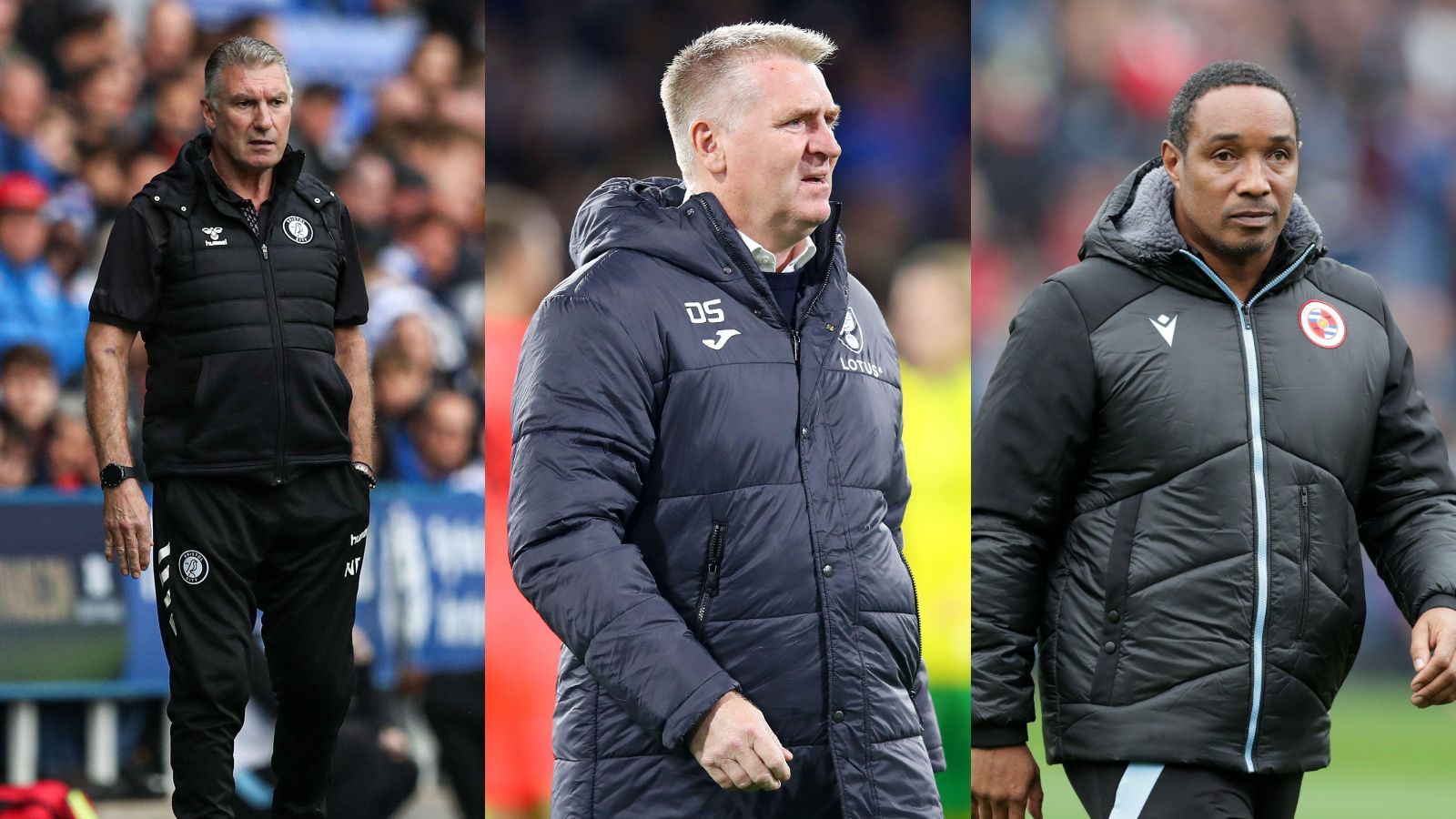 Six Championship managers have been sacked already this season, and this lot are not far off getting their P45s either…

Mark Fotheringham (Huddersfield Town)
The Scotsman (who has a belter of an accent) has endured a troublesome start in his first managerial job.

Eight games have resulted in just two wins, along with two draws and four defeats.

The Terriers have been brave (or stupid, depending on how you look at it) with their appointments this term. Fotheringham’s predecessor Danny Schofield was another novice manager who was hung out to dry before being given a fair chance.

Now Fotheringham has taken over a club who were a game away from the Premier League six months ago to one that is now battling to avoid relegation down to League One.

On one hand, Huddersfield should be commended for avoiding a short-term Neil Warnock-esque appointment. But on the other, getting Fotheringham may be a step too far on the risk scale.

Being respected as a coach is well and good, but being a manager is a different ball game. And taking on this job, with a team on a downward spiral, is not going well for either party.

Sitting five points adrift of safety, albeit with a game in hand, is not a great look.

You’d argue that the Terriers have a squad good enough to move away from trouble but their lack of goals (14 in 17) is worrying. They have a major fight on their hands and Fotheringham is up against it already.

Paul Ince (Reading)
Much can change in a month. At the start of October, Ince was included in my run-down of this season’s five best managers in the Championship.

The ex-England midfielder was not someone I ever expected to include, but Reading’s start to the season made him impossible to overlook.

After being early-season favourites for relegation, the Royals were sitting pretty near the top of the table, which was baffling and impressive in equal measure.

Were they to go up, it would be an unthinkable achievement and a drop-off in form was always going to come eventually.

Reading are in the middle of a sticky patch right now, with just one win coming in their last seven outings.

Opponents in recent weeks include Norwich City, QPR, Swansea City, Burnley and Luton Town – all teams hoping to be up fighting for promotion.

This poor run can be forgiven but games against Preston, Watford and Hull City before the World Cup will be key as Ince looks to build confidence in his squad once more.

A finish anywhere around mid-table would be sensational for Reading this season, but the league is cramped at the minute and there are now just seven points between them and the bottom three.

It is too early for panic stations but Reading are in jeopardy of sleepwalking into a relegation battle after initially being in dreamland.

Nigel Pearson (Bristol City)
Speaking of teams in bad form, Pearson’s Bristol City have only taken three points in two of their previous 11 games to drop down to 15th in the Championship.

Whatever way you look at it, that does not make for good reading if you are a Robins supporter.

Bristol City were 12th in the Championship when Pearson replaced Dean Holden in February 2021. A sh*t run-in saw them finish 19th in 2020/21 before they ended up 17th last season.

While Pearson has not exactly been backed to high heaven in terms of transfers, the additions of Kal Naismith and Mark Sykes in the summer were positive.

Pearson’s attack of Nahki Wells, Tommy Conway and Andreas Weimann are firing but they have been hamstrung by being far too open defensively.

Only Hull City have conceded more goals than Bristol City this season and that issue needs to be eradicated if the club want to be anything more than a relegation candidate.

They are three points above the relegation zone but have played a game more than everyone else below them.

Attacking-wise, Bristol City are in a better spot than their rivals down the bottom.

But with little progress on show under Pearson, if their slump continues, the 59-year-old will soon be out of a job and on a beach somewhere with his head in the sand. Like an ostrich, some would say.

Leam Richardson (Wigan Athletic)
Like Ince, Richardson was another one of my managers of the season a month ago. What a kiss of death that is proving to be!

Since that piece was published on October 7, Wigan Athletic have had one win and six losses. That sole victory came against Blackburn Rovers, who are seemingly terrified of drawing games.

This dire run has seen the Latics slip down into the bottom three with just five wins overall in 18 outings.

A la Steve Cooper and Nottingham Forest, Wigan have assured Richardson of his status by giving him a new contract in the middle of this poor form.

While this appears to have galvanised Forest, Wigan have gone the other way and have continued to slip down the table.

Wigan’s away form (four wins in eight) is keeping them from being cut adrift at the bottom of the league.

Richardson understandably has a lot of credit in the bank after he guided the club to the League One title last season in his first full campaign as a manager.

But worries are growing at Wigan that they could head straight back down. Four shots on target in their previous three games is simply not good enough and perhaps their lack of investment in their squad in the summer is catching up with them.

This is new territory for Richardson and with the Championship being as harsh a league as they come, he could be in the process of being found out.

Dean Smith (Norwich City)
The ex-Aston Villa manager’s arrival at Carrow Road last November was arguably done with one eye on Norwich once again returning to the Championship at the first attempt.

The Canaries went down with quite a whimper, finishing bottom and just a point better off than the 21 they collected in 2019/20.

Smith is proven in the second tier as he impressed at Brentford before guiding Villa to a much-needed promotion back to the Premier League via the play-offs.

But his start to this season with Norwich has been average at best. Anything other than promotion will likely result in Smith’s demise, so a stretch of two wins in 10 is far from ideal.

Vincent Kompany is loving life at Burnley and they already look firm favourites to run away with the league title.

Aside from the Clarets, the race for the top two is pretty wide open with Norwich in the running along with the likes of Sheffield United and QPR.

Though the negative feeling about Smith’s tenure at Norwich has carried over into this season, even with them clearly having a squad capable of getting promoted.

Like Watford, Norwich’s campaign so far has been marred with inconsistency, with the duo at risk of breaking their yo-yo and facing a second straight season in the Championship. And it is about time as well.