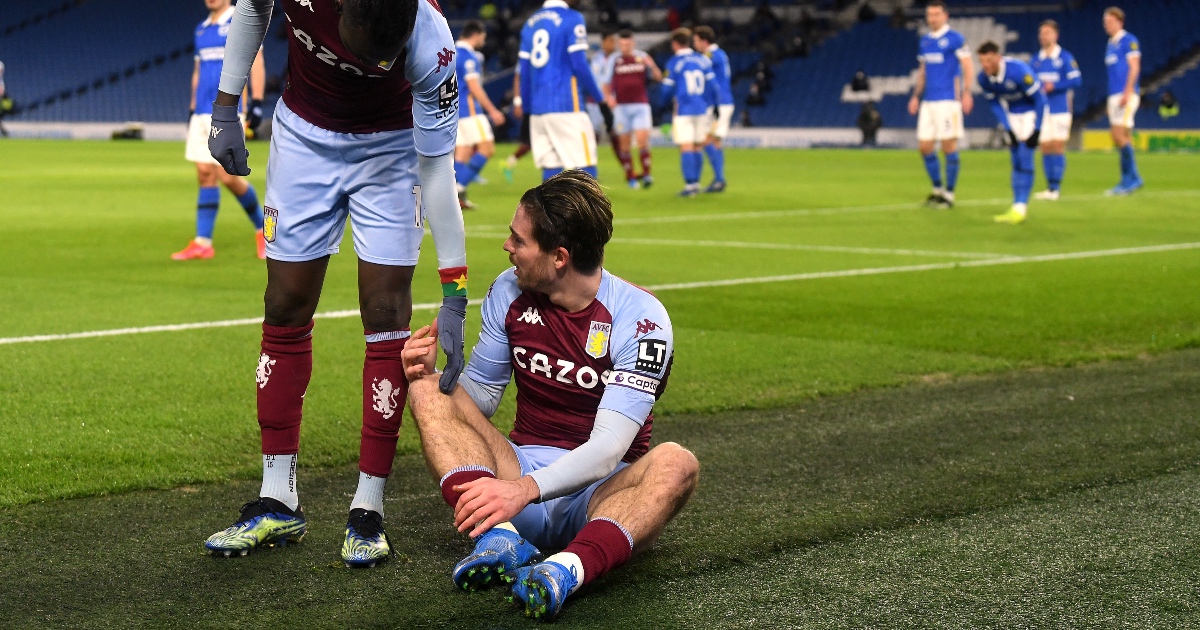 The skipper has missed the last two matches after picking up a lower leg injury in February.

Villa fans were hoping the Englishman would return this week, but Smith has revealed that’s not the case.

Speaking at a pre-match press conference, Smith said: “He won’t be ready for the game tomorrow, he’s not travelling with us.

“We’ll decide whether we can get him on the training ground later in the week. He’s working with the doctor and the rehab staff every day.

“It’s frustrating because he’s a top player and we’d be a better team having him in it. But it’s one of those things – players get injured. It’s how you cope without those top players.

“He just feels it on one movement, so once that’s free he can go and train. We’re looking at whether we can get him on the training pitch by the end of this week.”

Grealish has been an integral player for Villa this season.

That puts him far ahead of any other Villa player when it comes to creativity.

When asked about their reliance on Grealish, Smith continued: “There was a lot of noise outside that we were a one-man team and couldn’t win without Jack. But we firmly believed in the squad of players we’ve got.

“But we also know we’re a better team with Jack in it because of the top-class player he is.

“It’s always disappointing when he’s not in the team because of what he gives us, but we know we’re more than capable of winning games without him.”

Villa travel to Bramall Lane at 18:00 on Wednesday. A victory would help them to keep up with the likes of Everton and Spurs in their Europa League challenge.