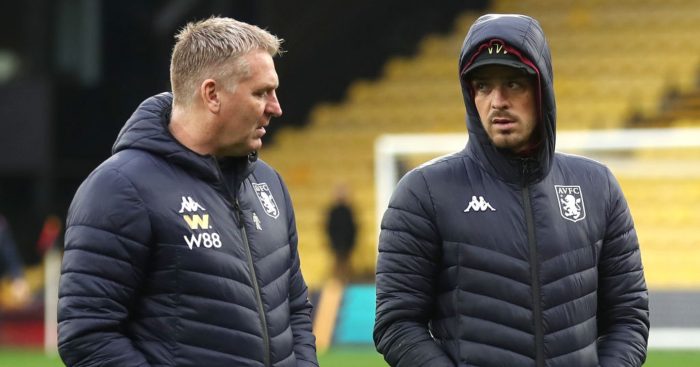 Aston Villa manager Dean Smith questioned the commitment of his players and revealed his bemusement with referee Simon Hooper failing to use the pitchside monitors during Saturday’s 3-0 loss at 10-man Watford.

Birmingham-fan Troy Deeney struck a brace at Vicarage Road to hand the Hornets a vital win in their bid to pull off a Premier League great escape this season.

Watford’s captain grabbed his second after Douglas Luiz was adjudged to have brought him down inside the area and he was involved in the hosts’ third when Etienne Capoue won the ball from Jack Grealish and set up Ismaila Sarr.

The Villa manager was unhappy with his players’ commitment in the first half and admitted it was not the first time in recent weeks he had felt that way.

Smith said: “The last few games I have questioned it. I didn’t question it on Thursday against Norwich, but second half at Sheffield United I didn’t think we showed enough and first half today we definitely didn’t show enough.”

Nigel Pearson’s side put the game to bed with two goals in four second-half minutes not long after Adrian Mariappa had been sent off for two yellow cards.

The poor result for the visitors increased the risk of them dropping back down to the Championship.

On Watford’s third goal, Smith added: “You can slow it down and think there is no contact with Jack, but there is contact on him. He popped the ball off.

“The penalty as well, it is shoulder to shoulder. Troy knows what he is doing, he is clever and has gone down easily.

“If the referee walks over to the screen and looks at it again, he can say ‘sorry I made a mistake’ but unfortunately they don’t want to do that here.”

Villa’s defeat at Vicarage Road was their fifth from their last six in the top flight, but Smith insisted: “My future is not in question for me at the moment.

“All I will do is get the players ready for the next game. We always knew it would be a tough season. Am I thinking about my future? No.

“I am thinking about the next game and obviously this one at the moment because there has been an awful lot of incidents.”

This victory for Watford continued their remarkable improvement since the arrival of Pearson on December 6.

He has won two of his first four games in charge and they are within touching distance of safety again.

After being sacked by Belgium First Division club OH Leuven in February, he admitted: “It is a real surprise for me to be back here working in the Premier League. I didn’t expect it.

“I suppose I was in semi-retirement, but I am back here now answering questions day after day and giving you the same old stock answers!”

Pearson added: “I’m really pleased with the concentration levels, the quality we played with at times, the commitment of the players and they showed incredible unity to find a way to win when we had to deal with a bit of adversity.”