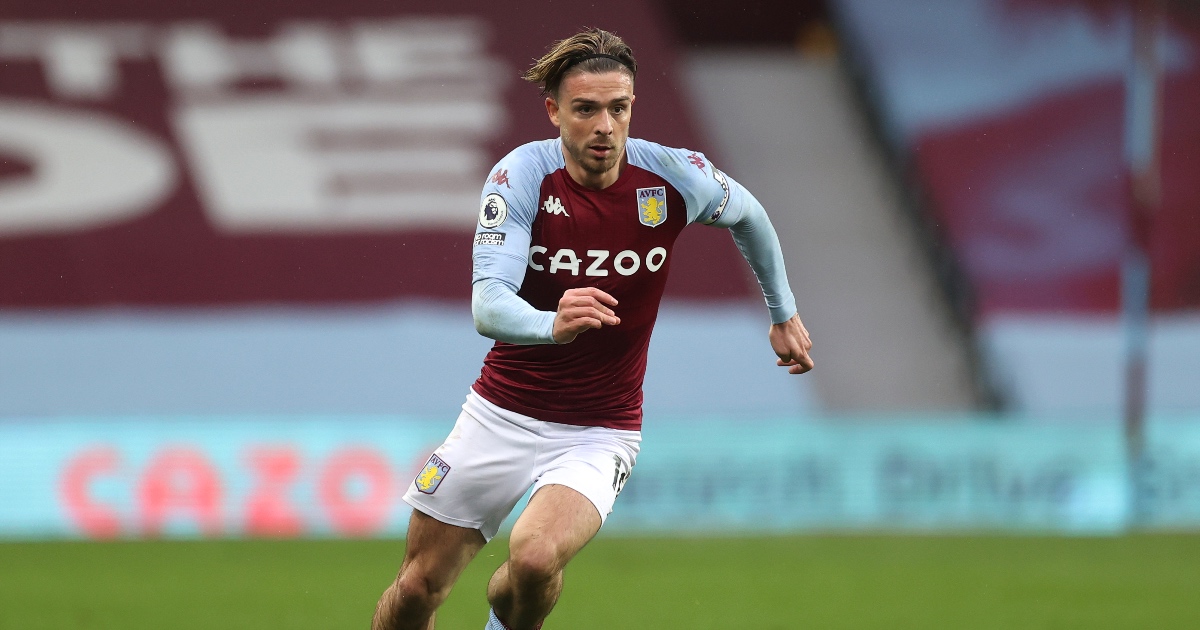 Dean Smith says Jack Grealish will be on the bench once again for Aston Villa in their match against Crystal Palace.

The England star came on as a substitute against Everton but couldn’t inspire Villa to three points.

Both teams were left frustrated as it ended 0-0 at Villa Park on Thursday evening.

Tyrone Mings had a good chance to open the scoring in the first half. He was found by Douglas Luiz and dived to head towards goal but couldn’t keep his effort on target.

After the break, Ben Godfrey forced a good save from Emi Martinez at his near post.

As Villa failed to look dangerous, Grealish was brought on for his appearance since mid-February.

He got on the ball and gradually worked his way into the match, although the game was always destined to end goalless.

Speaking about Grealish after the final whistle, Smith said: “The medical staff said [bring him on at minute] 75 but I twisted their arm to get a few more minutes out of him. I felt we were flat in the final third and needed a spark. He won’t be ready to start at Crystal Palace.”

When asked about the team performance, Smith continued: “I thought we controlled the ball well in the first half without creating chances. The second half was a bit scrappy. It started as a basketball game but we never took the control we wanted. They had the later chances.

“JJ [Jacob Ramsey] coming on and Jack [Grealish] helped us. We looked like we could create something in final third. That was what was missing for us.

“Another clean sheet, we haven’t had one for six or seven games. Never say die attitude from the players. They continued to show that and will do for last three games.

“We knew he [Emiliano Martinez] would be important for us. He’s done really well. With Tom Heaton injured at the start of the season we needed someone. He’s made it his number one jersey.”

It was a worrying game for Smith, not only because of the returning Grealish. Matty Cash spent time on the deck and had to be subbed off. Mings also clattered into Martinez but managed to see out the game.

Speaking about Cash, the manager added: “Whether it’s a recurrence I don’t know. He felt his hamstring. That will probably rule him out for the rest of the season.”