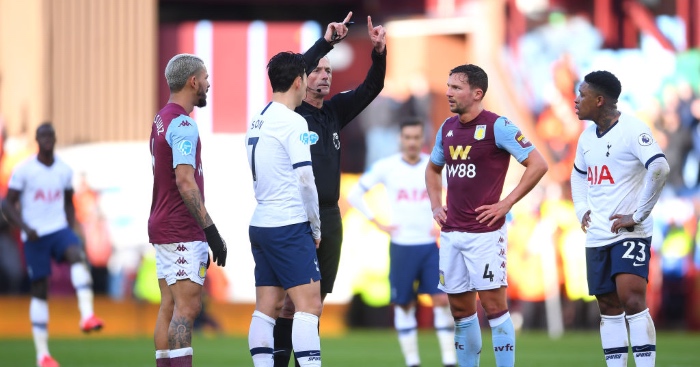 Toby Alderweireld had earlier atoned for his own goal to restore parity before Son was handed the chance to put Spurs ahead after Bjorn Engels was deemed by VAR to have unfairly brought down Steven Bergwijn inside the box.

Smith told Sky Sports: “Unfortunately, we’ll end up talking about VAR again which is unfortunate because I thought it was a good spectacle with two teams going toe-to-toe trying to win the game.

“So we’re again sat in a sterile environment looking at something that everybody in a stadium of 42,000 people, our staff, their staff, don’t think it’s a penalty.

“I don’t know why Martin Atkinson doesn’t go over to the monitor to have a look and then play on. If you’re looking at it seven or eight times, then it’s not clear and obvious. They’ve overturned what was a good decision by the referee.”