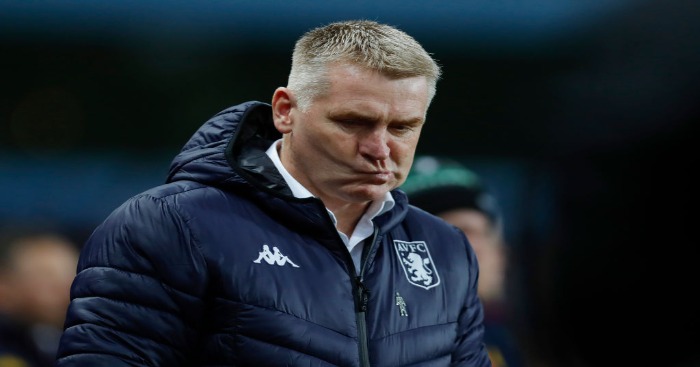 Aston Villa boss Dean Smith said that he wants his side to put together a Premier League winning run having ended a string of consecutive defeats on Monday.

Villa have the chance to make it two wins from two on Sunday against Manchester United having ended a run of three straight league losses with a 2-0 triumph over Newcastle.

The result lifted the hosts up to 15th and away from the relegation zone but speaking to Sky Sports after the match, Smith insisted that his side can continue to improve.

“This is a really tough league and we have just gone through a period of playing Manchester City and Liverpool, which were games I thought we actually played well in,” the manager said.

“The table is so tight but you need to put a run together, be tough to beat and keep a clean sheet. I’m really pleased with the clean sheet tonight as we haven’t had too many of those this season.

“Our form has been good but we knew it would be hard, but I think we’ve been competitive. It takes time gel defensively but I think we achieved that against Newcastle.”

Monday’s victory was inspired by two brilliant set-pieces from Conor Hourihane, who made his first start for the club since the middle of October having been an unused substitute for games against Manchester City and Wolves.

Smith was delighted that the midfielder came back in with an impressive performance, saying: “I explained to Conor why I left him out against Man City. He has scored goals in every league he’s played and I always had him earmarked to come back in tonight and he showed us what he was about.”