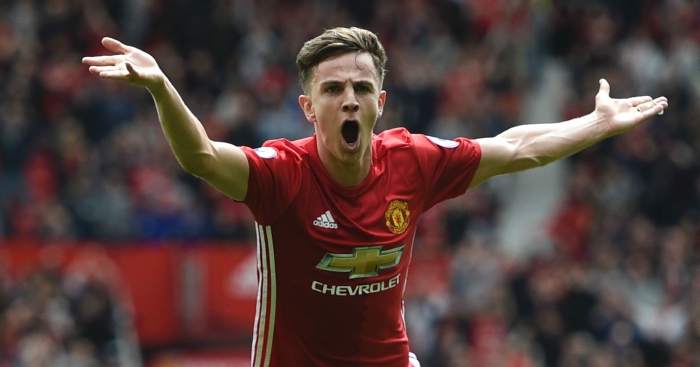 Josh Harrop has agreed to join Preston from Manchester United, just 33 days after netting on a dream Old Trafford debut.

The 21-year-old marked his first United appearance with a superb first-half effort in the Premier League finale against Crystal Palace, earning the man-of-the-match award for his display in a 2-0 win.

However, Harrop’s first game for United has proved his last after turning down a contract extension in pursuit of regular first-team football.

Preston announced the attacking midfielder will leave United at the end of his contract and become their player, agreeing a four-year deal from July 3 with the Sky Bet Championship club.

Harrop told Preston’s official website: “I’m delighted to be here, it’s a new start for me to get things going in my career and I’m buzzing to get playing and to make an impact in the team.

“Hopefully I can achieve my aims and ambitions that I have set myself by coming here and that’s to get promoted with Preston North End and help the club get as high as we can.”

United are entitled to a fee as out-of-contract Harrop is under the age of 24.

Preston say they have reached a “significant compensation agreement” with United for the Stockport-born player, who had reportedly been attracting admiring glances from Lyon, Bordeaux and Rennes.

Harrop was nominated for United’s reserve-team player of the season award having finished as their top scorer, scoring 10 goals in 25 appearances.

Preston boss Simon Grayson said: “Josh is a player who has attracted a lot of interest this summer and we had to move quickly to secure his signature.

“He adds to our group of hungry young players who want to progress and we are looking forward to working with him and seeing him improve.”