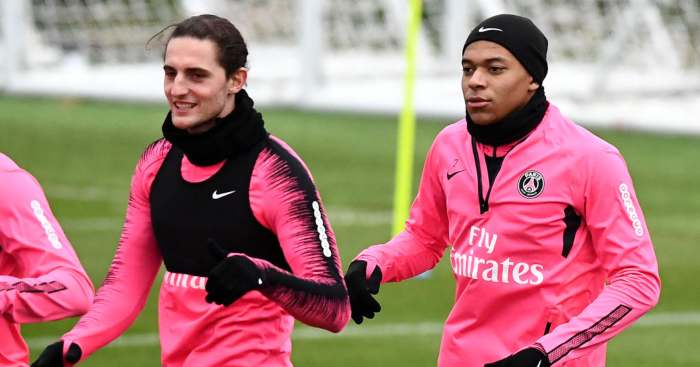 Manchester United and Juventus have both offered Adrien Rabiot the opportunity to join them a free transfer from Paris Saint-Germain, according to reports.

Rabiot is perhaps the most valuable of all players whose contracts are expiring this summer, with the 24-year-old set to leave Paris Saint-Germain after seven years in the first team.

There are a number of potential suitors for the midfielder, ranging from Arsenal to United and even Liverpool.

However, a report in Soccer Link (via Sport Witness) narrows it down to a race between the Red Devils and Juventus with both clubs making offers.

The report adds that United have offered €8million-a-year plus a €10million bonus for signing, while Juve have matched the bonus offer but are only willing to pay £7.5million-a-year salary.

Despite wanting more than either club is offering, both proposals have come near enough to his demands, with Rabiot set to decide his future in the coming days.

Finally, the report says that the only way Rabiot won’t join United or Juventus is if he gets an acceptable offer from PSG, with the Old Lady favourites for his signature.