Home All The News Decision to let Suarez leave was a ‘joke’, says Barca star 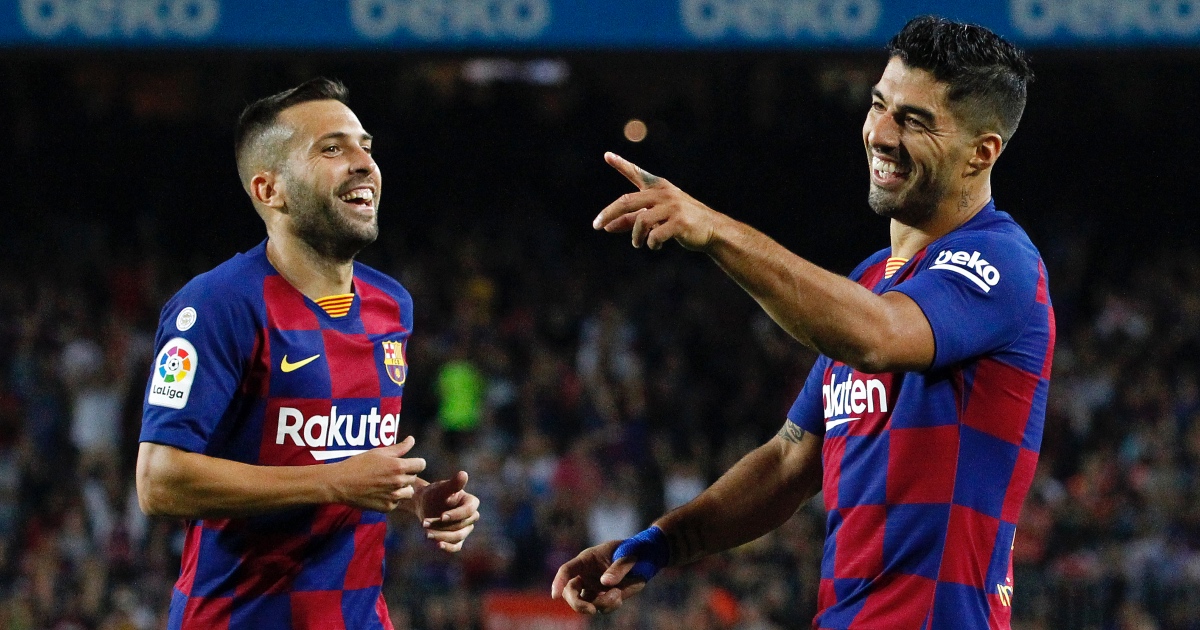 Suarez was deemed surplus to requirements at the Nou Camp and left for a nominal fee in September.

He went on to prove his previous employers wrong by finishing as Atletico’s top scorer. He notched 21 goals in just 32 appearances, helping the club to win their 11th La Liga title.

Speaking about the transfer, Alba said (via ESPN): “It was a joke. He’s someone who gave a lot to Barcelona and they practically gave him away for nothing, above all to a direct rival in Atletico.

“And look, they went on to win the league with him. I didn’t like it. Aside from the friendship we have, where are you going to find a striker like him? It is difficult to find one. Yes, there are some very good players, but what Luis gave us…”

Suarez’s most important performance came on the final day against Real Valladolid. He settled a cagey title race by scoring a late winner, handing Diego Simeone’s men the trophy.

Alba continued: “He won the league and shut a lot of mouths. His last year wasn’t easy at Barca and he’s had the chance to shut some people up.

“I can tell you that the atmosphere [at Barca] with Luis was spectacular. He’s a guy that works hard, that was great for the group and the numbers speak for themselves: [he’s] the third highest goal scorer in Barca’s history.”

After joining from Liverpool in 2014, Suarez proved to be a success in Catalonia. He formed a deadly attack with Lionel Messi and Neymar between 2014 and 2017, helping Barca to win the Champions League in 2015 and two La Liga titles.

Individually, Suarez sits behind only Messi and Cesar Rodriguez in the Barca scoring charts. He bagged 195 goals in 283 appearances to write himself into the club’s history books.

Suarez’s place in the starting eleven came under threat from Antoine Griezmann, who arrived for a £108million fee in 2019.

Despite the uncertainty over his future, the Uruguayan still managed 16 goals in his final campaign with Barca.

The player’s form will be integral next term if Atletico are to retain their league title. He is contracted at the Wanda Metropolitano until June 2022.