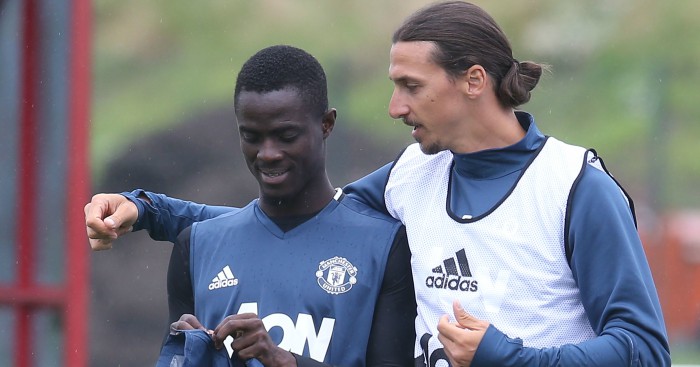 Manchester United will be without Eric Bailly for up to three months, with Jose Mourinho revealing the defender needs ankle surgery.

The 23-year-old has not played since lining up against Chelsea on November 5, and any hopes of a swift return have now evaporated.

It was thought Bailly suffered the problem on international duty but Andy Mitten reports in The National that the injury is a result of Zlatan Ibrahimoivc standing on his team-mate’s ankle during training.

Speaking to MUTV ahead of Sunday’s trip to West Brom, Mourinho offered an update on the Ivorian’s latest injury problem, which he had earlier described as “serious” without confirming an operation.

“He goes to surgery, the decision is made,” the Portuguese said.

“I don’t say (he’s out) for the rest of the season but it’s for the next two or three months.”

That length of lay-off puts Bailly’s hopes of taking part in February’s Champions League tie with Sevilla in doubt and also brings the January transfer market into view.

United are not short of numbers at the heart of defence, with Phil Jones, Chris Smalling, Marcos Rojo and Victor Lindelof all on hand, but Mourinho offered a mixed view of the mid-season market.

While insisting he does not approach the period with any great enthusiasm, he also made it clear that he could be tempted to do business if the right individuals become available.

“I’m not a big defender of the January market but there are players and situations that sometimes you have the chance to do and you shouldn’t lose that chance,” he said.

“I don’t like the January market just to buy, but if you can buy in January a player that you would buy in June or July and you have the chance to get him a few months before, then great.”

One player who might fit that description further up the field is Antoine Griezmann, the France forward who has long been linked with the Red Devils.

His departure from Atletico Madrid appeared to move a step closer on Friday with manager Diego Simeone telling L’Equipe “of course he can leave at some point” and recognising the player’s need to “grow”.

But if Mourinho is eyeing an imminent move for one of European football’s most coveted talents, he is keeping his cards close to his chest.

“I don’t speak about players, especially players that belong to other clubs – there is no sense,” he said.

As for this weekend’s opponents, Mourinho offered a warm appraisal of a Baggies side who sit above the relegation zone on goal difference alone.

Tony Pulis is no longer around to spar with, having been dismissed and replaced by Alan Pardew, but Mourinho made it clear the Welshman’s legacy is still strong at the Hawthorns.

“They got so many points with Tony in the big matches,” he said.

“I think Tony assembled a very good squad, lots of players of experience, physical players adapted to the Premier League with know-how, lots of experience.

“So the squad is good, the players are good, the stadium is enthusiastic, the match is difficult.”