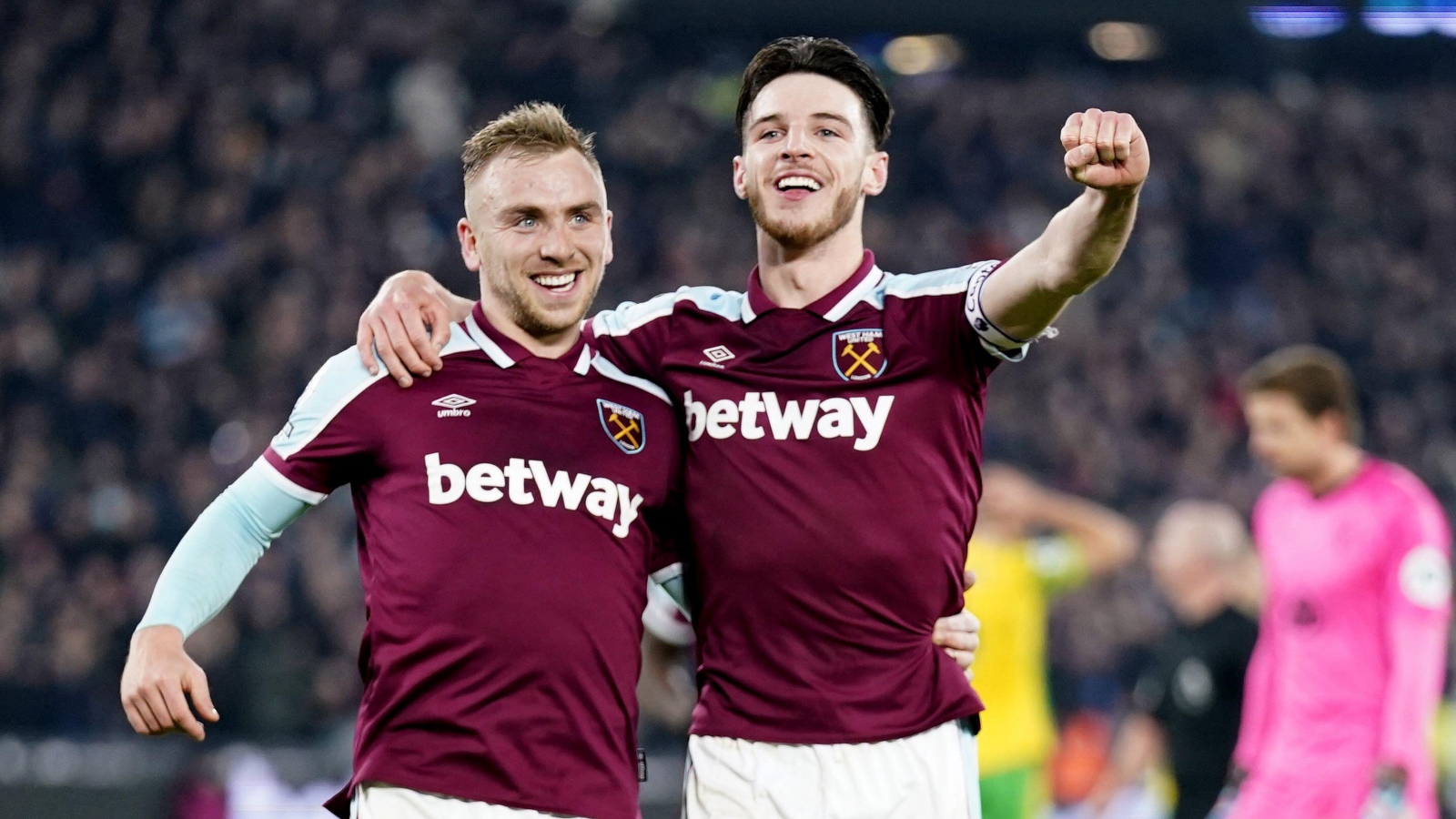 England midfielder Declan Rice has hinted that his future may be away from West Ham United due to his desire to play in the Champions League.

However, they ended sixth in the Premier League, two points behind the Champions League places.

Rice got to enjoy European football the following campaign as the Irons reached the semi-finals of the Europa League, losing to eventual winners Eintracht Frankfurt over two legs.

And a seventh-place finish in the league last term resulted in Europa Conference League football in 2022-23.

The London club absolutely breezed through their group consisting of Anderlecht, Silkeborg and FCSB, winning all six matches.

They will not find out their last 16 opponents until February 24 as the winners of the groups do not play in the first knockout round, otherwise known as the play-offs.

While playing in these two competitions is an achievement for West Ham, their captain Rice is aiming higher.

In what will be brutal for Hammers fans to hear, Rice has been discussing playing in “the biggest games” and admits being jealous of his England teammates who are “playing Champions League and for big trophies”.

Having spent time surrounded by players he believes are among the world’s best, the 23-year-old said he is keen to emulate some of their achievements at club level.

“100 per cent I want to play in the Champions League,” Rice admitted.

“I’ve been playing consistently well for my club and I feel like I really want to keep pushing.

“I see my friends here, who are playing Champions League and for big trophies.

“You only get one career and at the end you want to look back at what you’ve won and the biggest games you’ve played in.”

If the opportunity to go elsewhere arises, it is clear that he would take advantage of that and is not eyeing a similar career to that of Irons legend Mark Noble, who spent his entire career in east London.

Chelsea are the team to be linked with Rice more than anyone, though there is also reported interest from Liverpool and Manchester United.

The England international joined the Blues at the age of seven before being released in 2014.

He then joined West Ham and has made over 200 appearances for the club’s first team.

This week, Telegraph journalist Matt Law said West Ham are ‘prepared to sell’ Rice, who will “100 per cent” move on next summer.

This and the player’s quotes will be music to the ears of interested parties, who have now learned he will cost £70million, not the £150m quoted by Irons manager David Moyes.

“He will definitely, definitely leave West Ham at the end of this season,” Law said.

“West Ham are preparing to sell Declan Rice. I think it’ll be about £70million.”

Law went on to say Chelsea aren’t in pole position, contrary to reports.

He says competition comes from top teams in the Premier League, but did not state who else are looking to sign the midfielder.