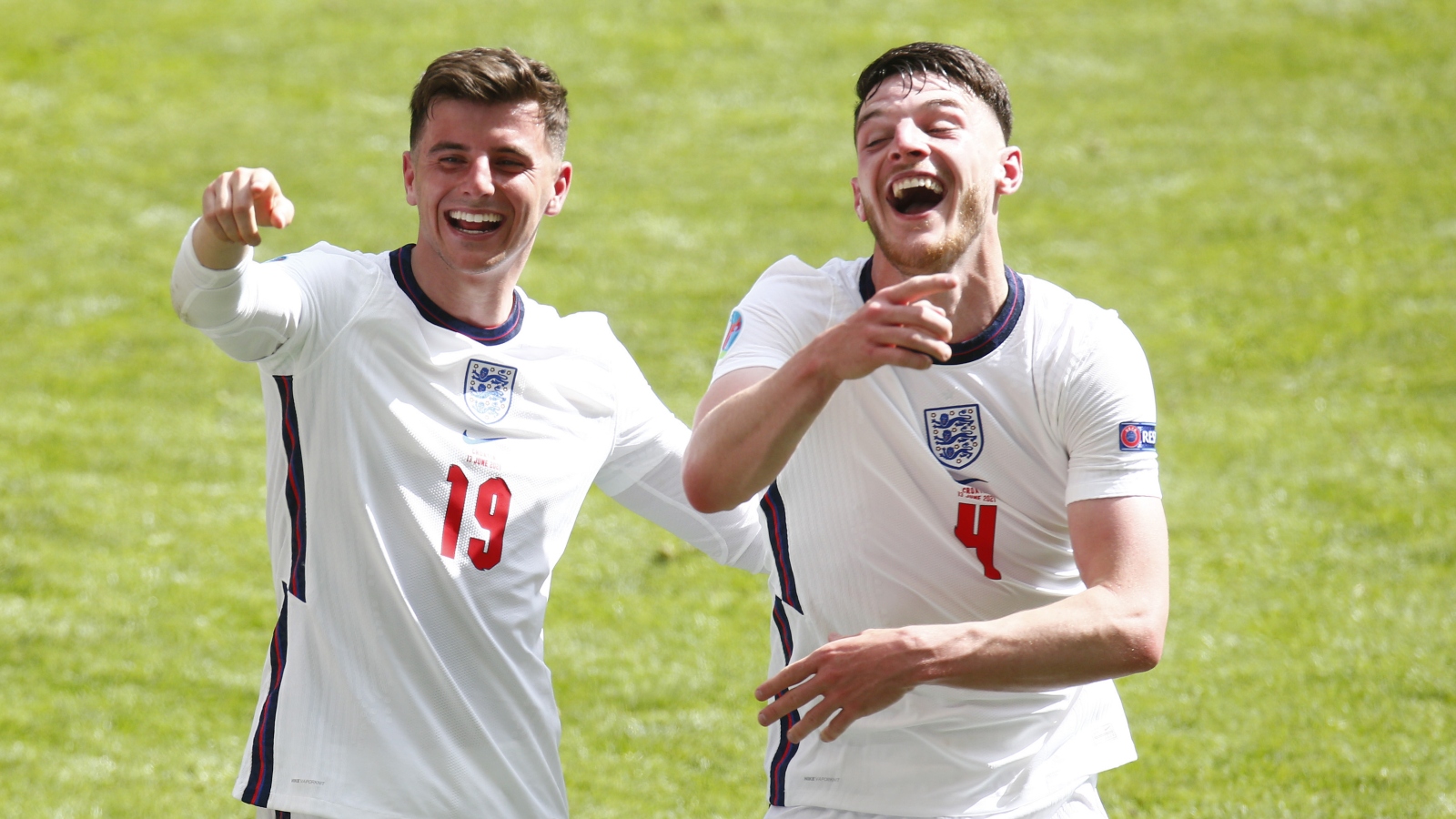 Declan Rice has defended England teammate and pal Mason Mount, insisting he’s “one of the best players I’ve played with”.

Mount is frequently criticised for his performances in an England shirt, with fans seemingly calling for any of the other options available to Gareth Southgate to start ahead of him.

Rice doesn’t understand why people “just don’t like him” as a player, but believes Mount may not “fit the agenda” of what people want to see in an attacking midfielder.

“I don’t need to talk too much about Mase,” Rice said at England’s Al Wakrah training base on Thursday. “He probably just doesn’t fit the agenda of what people want an attacking midfield player to look like in this day and age.

“He is one of the best players I’ve played with — and I’m not saying that because he’s my best mate. If you see the way he helps the team, I think that’s why Gareth is so keen on him and picks him all the time.

“Not only with the ball, his quality he shows in abundance for England and Chelsea, but the way he is off the ball: you don’t see many number 10s who have that together. He is such a team player, such a hard-working, honest guy.”

Every manager at club or international level to have worked with Mount recognises his importance, and Rice insists his mate won’t let the criticism get to him.

Rice added: “Sometimes fans, people online, social media, they just don’t like him. For what reason I honestly don’t know. But, look, his numbers for Chelsea are incredible.

“He’s won the Champions League, won the Super Cup, at such a young age and for the rest of his career, he can go on and be whatever he wants to be. And I know he doesn’t let that noise get to him.

“Look, let Mase go and do his thing. When he’s doing that it makes me happy seeing my good friend go and perform at the best level.”