Home All The News Rice: ‘Healthy squad competition’ will help England at Euros 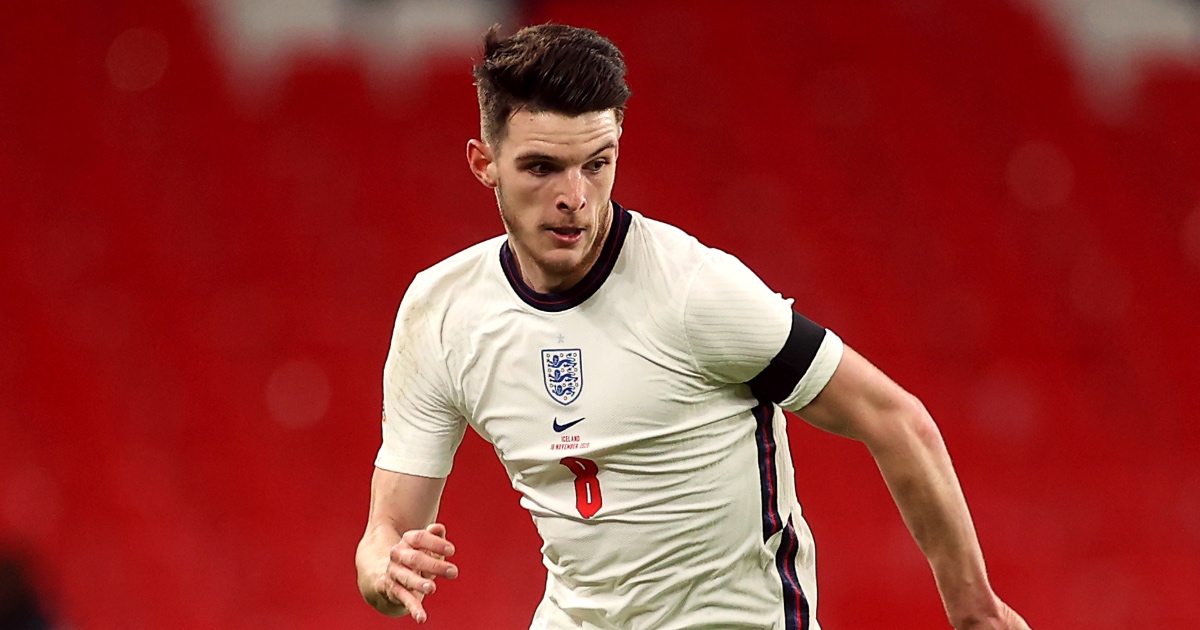 Declan Rice believes ‘healthy squad competition’ could be the key to success for England at this summer’s European Championships.

Gareth Southgate has a vast array of talent at his disposal, giving England a good chance of going far in the tournament, an idea that the sports betting odds seem to approve of, with England one of the tournaments heading into it.

The competition for places could see talented players like Leicester City’s James Maddison miss out on selection.

At a press conference, Rice was asked if he was confident of being in the starting eleven at the Euros.

He replied: “No, I don’t think you can ever think like that.

“We have got such a strong squad and such strong competition in the middle. [It’s] healthy competition, competition that you want leading into a European Championship.”

The Three Lions play for the second time in four days on Wednesday. They take on Poland in a tricky test at Wembley.

Speaking about the quick turnaround, Rice continued: “Two games in four days? We are used to that at club level.

“We’ve maintained our fitness this season so it’s not been a problem at all and if picked, I will be ready to go out there and give my best job for the team.”

The West Ham midfielder was also asked about social media, which has been in the spotlight again this week.

On Friday, Arsenal legend Thierry Henry revealed that he was taking himself off all platforms. He said not enough had been done by social media companies to tackle and reduce racist abuse.

Speaking about the issue, Rice said: “I think something definitely has to be done. There has been way too much social media abuse, in the last year especially.

“For someone like me, who runs my own account and has that interaction and love with the fans, I don’t have any problems with social media.

“I think it’s important that a player like me can have that interaction with West Ham fans and England fans.

“But yes, Thierry Henry has obviously boycotted it and I saw (Gareth) Bale came out and say something. It’s maybe a decision that will be spoken about in the future by the players.”