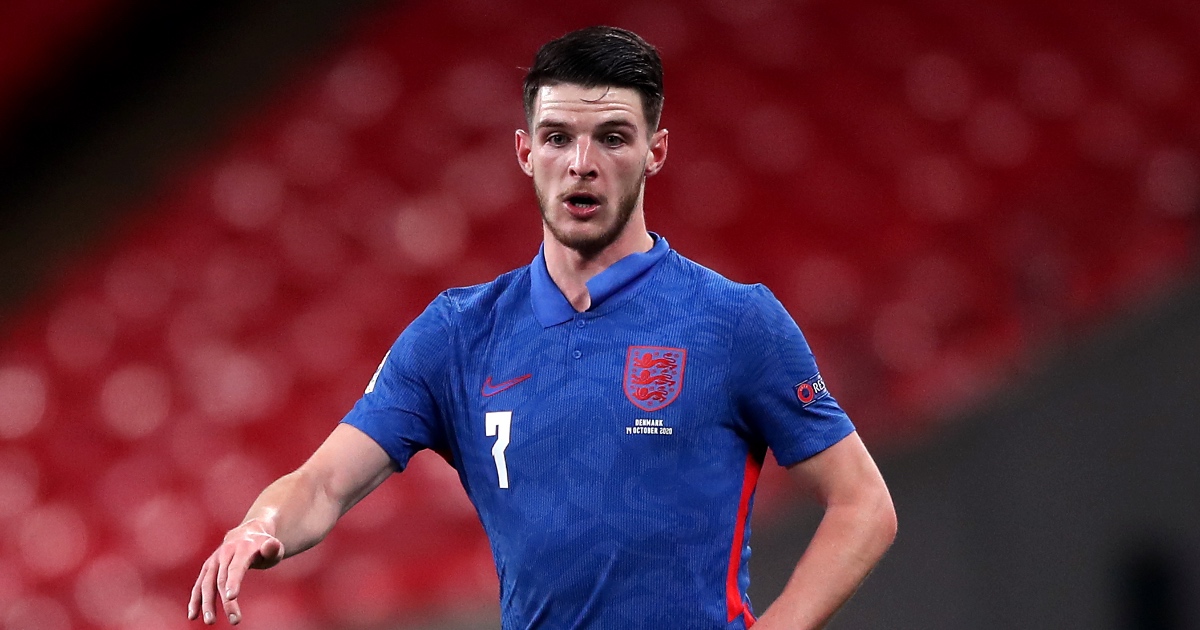 Declan Rice has opened up on the influence of Wolves skipper Conor Coady on his leadership skills.

The duo are currently playing together as part of Gareth Southgate’s squad for the World Cup qualifiers.

Coady played a full 90 minutes in England’s 5-0 win over San Marino on Thursday.

FEATURE: Decision time: One loanee per club causing a dilemma

Rice was left on the bench but the West Ham midfielder is expected to play in their next match.

The Three Lions take on Albania away from home on Sunday at 17:00.

Speaking about the influence of Coady, Rice said (via Evening Standard): “I am only 22. I come here and I am playing with people who have played in the Champions League final, won trophies, won Premier League titles, you kind of take a step back and pick up little bits from different people.

“Conor, I have never actually been in a dressing room with him. So to see him and see the impact he has on the squad and on the team inside, it is people like him that you need in your changing room.

“Stuff like that I have taken away and tried to take to West Ham and add that to my game as well.”

Rice says the squad’s mood is good ahead of the Euros this summer: “You have got lads from all different clubs but when you come here all that gets put to the side, and everyone has one objective, one goal, and at the moment that is the summer.

“The competition is healthy. Everyone is competing for spots but when you are pushed it makes you raise your game more. Even when you train. If we keep that mentality, I am sure we can go far.”

Rice and Coady both look set to gain a place in Southgate’s squad for the Euros.

Rice has been in great form with West Ham this term, helping them to push for a Champions League spot.

Wolves have performed below their usual standards this season and sit 13th in the Premier League table. Despite that, Coady has been solid at the back. He might partner John Stones and Harry Maguire in a back three at this summer’s Championships.