Home West Ham United Rice is ‘too good’ for England role and has shown ‘signs of Gerrard’, claims pundit 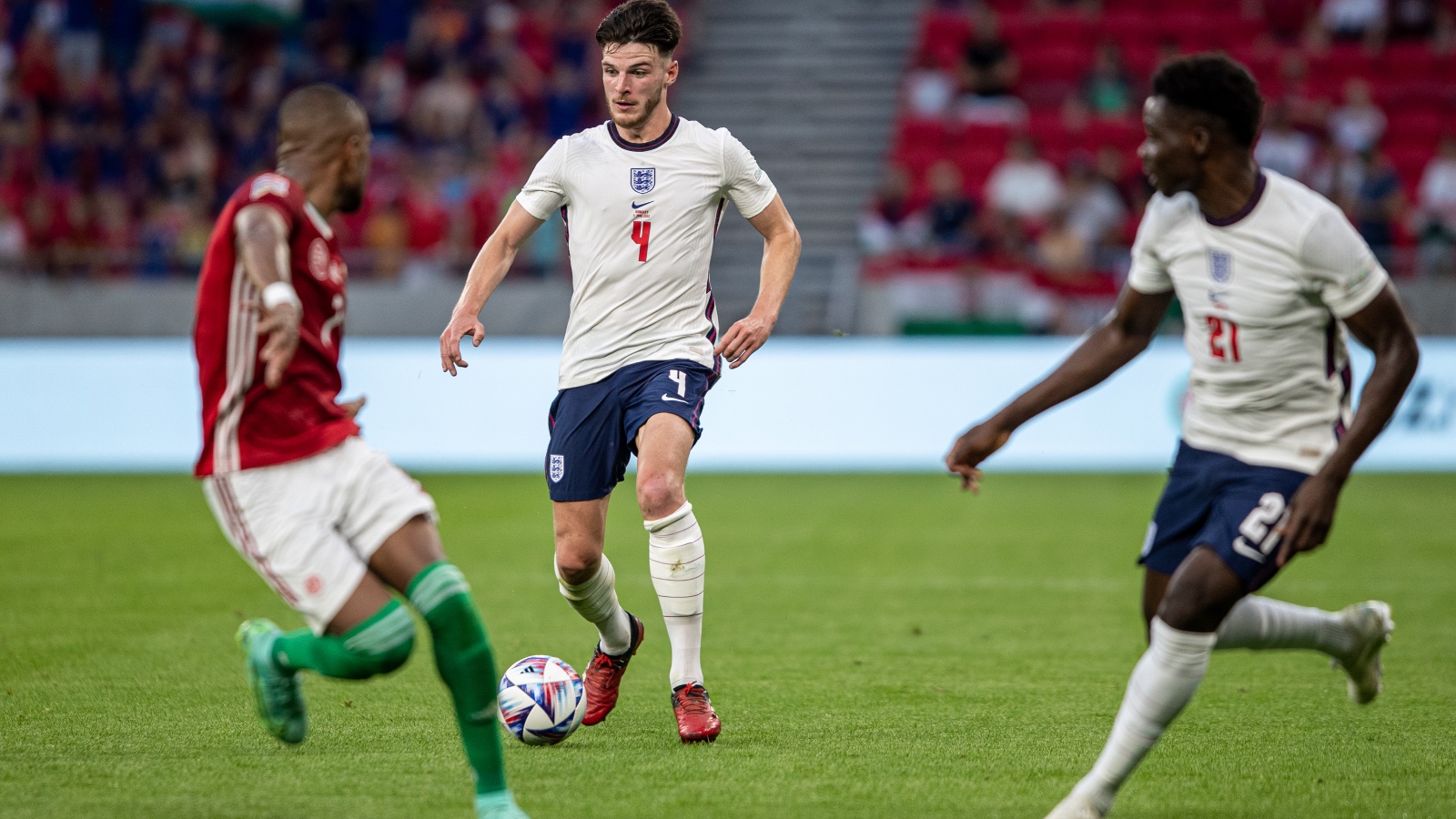 Michael Owen believes Declan Rice has become ‘too good’ for his holding midfield role with England and is now “a more all-round player”.

Rice, 23, has enjoyed another stellar campaign with West Ham after reaching the final of last summer’s Euros with England.

Rumours continue to circulate over his future in East London, with Manchester United and Chelsea thought to be interested in securing his services this summer.

Rice has evolved as a midfielder this season, developing greater capabilities going forward and according to former Liverpool striker Owen, he has even shown “signs of Steven Gerrard” with his powerful running.

Speaking prior to England’s 1-0 defeat to Hungary on Saturday, Owen told Channel 4: “I think that sitting midfield role is a very disciplined role, I played with one of the best in terms of Steven Gerrard.

“But he’s actually a bit too good to sit and be disciplined. He’s almost better than a sitting midfielder. But he does show signs of a Steven Gerrard.

“Big, powerful, a very good passer of the ball so he’s actually not just a sitting midfielder anymore. He breaks the game up so well, now he’s adding those long runs to his game.

Despite missing out on Champions League football after defeat in the Europa League semi-final, Rice is reportedly ready to commit his future to West Ham for at least another season. That much was evident in his interview after the loss to Eintracht Frankfurt, when he expressed his pride in the team and vowed to “go again” next season.

“We’ve proved that we can play in big European games and our fans and our stadium have shown we can handle those big European nights, and that’s what we want more of,” he said.

“I’m proud of the lads because we’re not the biggest of squads, so to go week in, week out again and again and again, training and playing Thursdays and Sundays, away from home and away from families has been tough, but in the end we’ve had a great year and we’re ready to go again.”