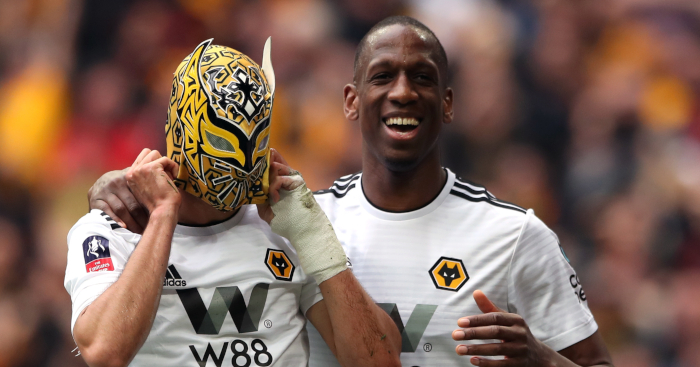 Deeney said he would have ‘lost his head’ if he had noticed the Wolves star pulling on a wrestling-style mask to celebrate his 62nd-minute goal which put his side 2-0 up.

After watching a replay of the celebration on beIN Sports, Deeney said: “I’m glad he put that mask on – he could wear it out now as well, now he’s a loser. So, enjoy the mask – we got the victory.”

Deeney stressed he is a big fan of Jimenez, who signed a permanent deal with Wolves earlier this week, but argued the Portuguese star’s celebrations were premature.

“He’s a top, top player,” added Deeney. “It was a great finish, but I didn’t see the mask thing. I’m quite happy I only saw it now because I probably would have lost my head if I saw that.

“I think you’ve got to wear the mask and do all that stuff when you know you’re going to win the game.

The hard work, the desire, you’ve seen it there. At 2-0 down many teams would have called it a day but we kept going, we brought the little man on [Deulofeu], had a little bit of magic, and the rest is just hard work.

“We’ve got room to grow. We’re a team that doesn’t have a ceiling on it just yet. We’re not seventh, we’re not in the top 10 regularly so there’s still loads to do.

“Personally, it’s just a case of, with these young boys coming up who are keeping me on my toes, making sure I try to get this new deal. If anyone’s watching, I’d like a new deal thank you!”