Home All The News Deeney: I’m going to have to smash Richarlison

Troy Deeney admits he's going to have to "smash" his former team-mate Richarlison on Monday night. 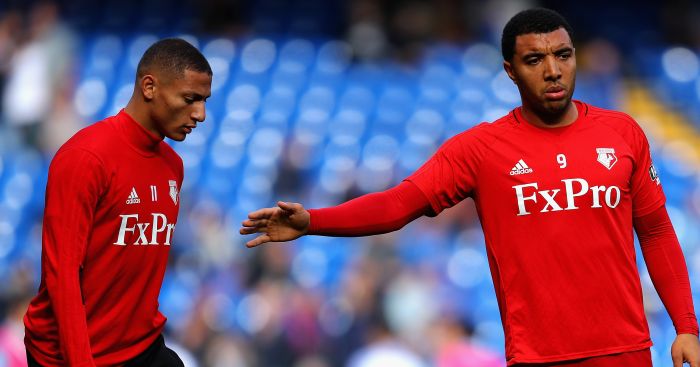 Troy Deeney admits he’s going to have to “smash” his former team-mate Richarlison when Watford play Everton on Monday night.

It is the first time Richarlison has faced his former club since he left Vicarage Road in the summer in a reported £40million deal to the Toffees.

And the Brazil international has started off well at Goodison Park with seven goals in his first 13 appearances in Everton blue.

“I’m going to have to smash him,” Deeney said. “On Monday he’s the enemy.

“But I wasn’t disappointed [when he left] because you can understand it. Business-wise it was a no-brainer for the money.

“You can see his potential daily, his enthusiasm for football is up there and he’s now getting the national team looking at him.

“We know when we get there it will be hostile, they’ll give us grief and we expect that, we know what’s coming.”