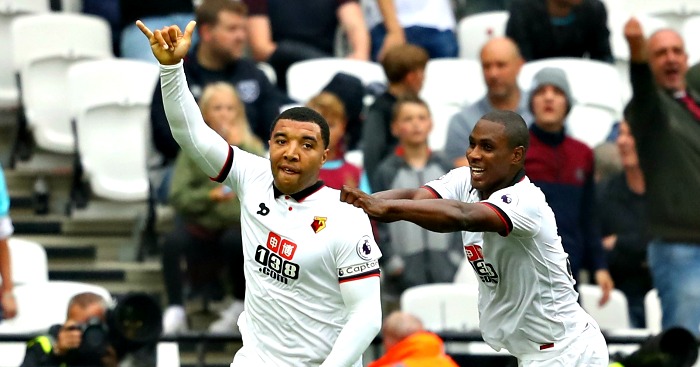 Deeney was Ighalo’s strike partner at Watford for three years before the latter left for the Chinese Super League – eventually sealing a high-profile return to England with Manchester United in January.

Ighalo, who may be in line for a permanent move to Old Trafford, has “hit the ground running” since joining United on loan from Shanghai Shenhua, says Deeney, but the signing would not have been necessary had the Red Devils shown Lukaku the faith he deserved.

“The hit they took on Lukaku is mad, when you think about it,” Deeney told The United Stand (via the Metro).

“They let Lukaku go and then they had to go and get Ighalo. Iggy has hit the ground running there, he will always score goals. But yeah, Lukaku?

“They’re both my boys. Look at his goal record. And what’s he paid to do? Score goals.

“When he was at Everton, ‘Ah, we need someone like him, he’d be great at United’ then you get him and it’s, ‘Ah, his first touch is bad’ but he scored like 60 goals, you know? ‘Nah, not good enough. His touch isn’t good enough.’

“It’s not what you’re used to. Andy Cole, Dwight Yorke, [Teddy] Sheringham, [Ruud] Van Nistelrooy… these are all people you’re looking at. Even if you look at [Diego] Forlan, Forlan was sick as well… you can keep going, Michael Owen for that short time as well, and say this is what we’re used to seeing.

“‘Yeah, you score but we can’t put you in the same conversation as an Andy Cole. Andy Cole’s touch was better or was Andy Cole was faster’, it’s always going to be fighting back.

“The problem is with social media now is everybody’s got an opinion. That’s the problem.”

Lukaku, meanwhile, believes he has matured into a better player since leaving United for Inter Milan in 2019.