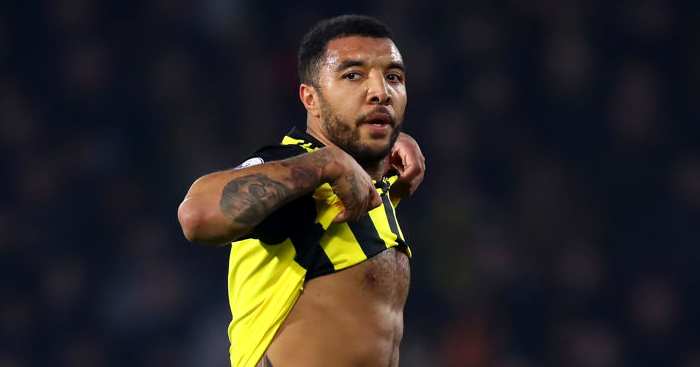 Racist abuse should result in instant action being taken and not allow any more opportunities of further discrimination, according to Watford captain Troy Deeney.

Bulgaria were fined 75,000 euros (£64,641) and ordered to play their next competitive home game behind closed doors, with a further match suspended for two years, following the racist behaviour of their fans during the Euro 2020 qualifier against England on October 14.

Under the current UEFA guidelines for abuse during matches, the anti-racism protocol has three steps, which include the game being stopped and a public address announcement being made.

On Sunday, Brescia striker Mario Balotelli was set to walk off at Verona following racist chants from a section of the home support, before eventually being persuaded to play on.

The Belgian had earlier flagged up the abusive post as part of Watford’s ‘#BuzzOff’ campaign, which calls out discrimination on social media.

In an interview with BBC Radio 4, Deeney revealed he had been subjected to a “barrage of abuse” online and it was time to make a stand.

Reflecting on UEFA’s anti-racism protocol, the Watford striker said: “Is that a good way of tackling the problem? Are we going to say now that it’s OK to do it three times?

“We are teaching kids now that you are getting three strikes and you are out.”

Deeney reflected on the “non-stop” abuse he received.

“I’ve had it in the past at certain grounds where you get racial abuse and you get targeted,” the striker said.

“Naturally I’m the pantomime villain with how I play, and I do like to engage with the fans and have a bit of banter, but sometimes it can overstep the boundaries.”

“People are putting ‘you black such and such’, ‘you monkey emoji’, this, that and the other, or bananas and stuff like that.

“It’s very difficult to ignore it as the man of the house, your aim is to protect them (your family), and you feel like you can’t.”

Deeney, who is working his way back to fitness after a knee injury, feels taking stern action is the only way to change mindsets.

“I’m very aware there are a lot of kids who watch what we do, and if we don’t change that they’re going to expect it to be normal.”

Deeney insists what he does for a living should have no reflection on the issues of racism and how to resolve them.

“There is a wider problem because naturally people say footballers earn such a large amount of money, you should be able to deal with the abuse that comes with it,” the Watford forward said.

“It is nonsense, because we are all humans at the end of the day.

“With the campaigning that we have started at Watford, we feel as though we are trying to show that players are human as well. We are people.”