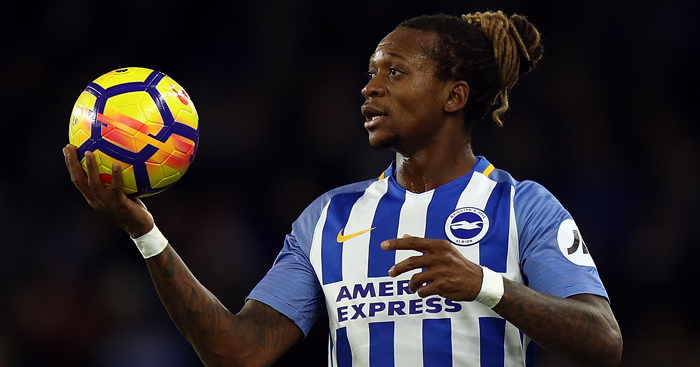 Gaetan Bong has signed a new contract extension with Brighton until 2019, the club have announced.

The Cameroon international arrived from Wigan in the summer of 2015, and has made 15 Premier League appearances for the Seagulls on their return to the top flight.

Left-back Bong is determined to help Brighton stay up.

“I’m very proud to sign a new contract with the club. I think we’re doing well and I just try to bring my positivity to the team,” Bong said on Brighton’s official website.

“I’m happy here and I thank the club for the confidence they’ve shown in me. I will do everything I can to help the team stay in this league.”

Brighton boss Chris Hughton said: “Gaetan is a key member of the squad and he has worked really hard to earn this new contract with the club.”

During January, Bong was involved in an incident with West Brom’s Jay Rodriguez, which resulted in the forward being charged by the Football Association with using “abusive and/or insulting words which included a reference to ethnic origin and/or colour and/or race”.