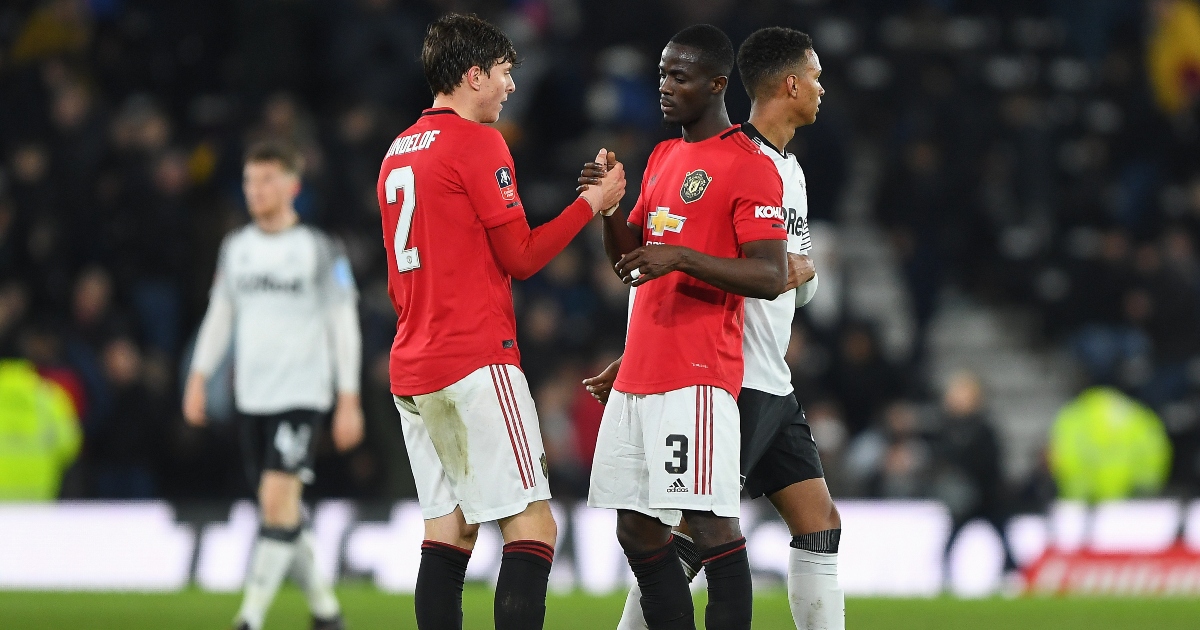 Eric Bailly will hold talks with Manchester United so he can try and understand where he will fit in Ole Gunner Solskjaer’s plans next season.

United have agreed a deal to sign Real Madrid defender Raphael Varane, which leaves Bailly in a state of worry as he falls further down the pecking order at the club.

The Frenchman is likely to slot straight into Solskjaer’s defence next to club captain Harry Maguire.

Already below Victor Lindelof in the centre-back ranking, Bailly’s minutes may be extremely limited for the upcoming season.

On the contrary, it will likely be a 60 game season for the Red Devils, competing in four competitions, so there may be opportunities for the 27-year-old to impress.

The Ivorian signed a new deal at Old Trafford in April. Speaking to the club’s official website at the time he said: “I’m very happy. This decision is something I didn’t have to think about.”

Unfortunately, he has a lot to think about now and will hold talks with the club in the near future to find out where he stands.

Axel Tuanzebe is in a similar position to Bailly and has been linked with a move to Aston Villa and Newcastle United.

The 23-year-old has been urged to leave the club by former West Brom striker Kevin Campbell, claiming that he would get game time at Villa Park.

“It is no use playing in the Under-23s at that age,” Campbell told Football Insider.

“Tuanzebe is a great player and he deserves to be playing regular football.

“I think he would get game time at Aston Villa. When he was on loan there they really liked him. It is time.”

He is being closely monitored by Villa. They were recently handed a boost in their transfer pursuit as Man Utd revealed their cards.

The United man had a successful loan spell in the West Midlands during 2018/19. He featured 30 times in all competitions for the Villans, helping them to secure promotion to the top flight.

Dean Smith remains a fan of the player, who can also operate on the right side of defence.

Rumours suggest he is hoping to sign Tuanzebe to provide backup for Tyrone Mings and Ezri Konsa.