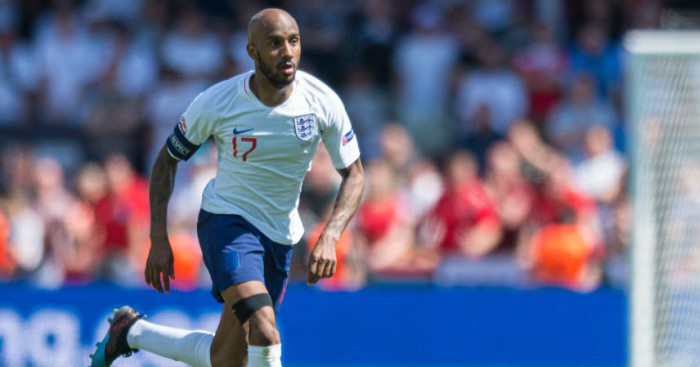 One of the eternal certainties of an England squad announcement is that at least one selection will cause widespread exasperation amongst the general football public. England could win the World Cup, and at least one of the players selected would draw negative reaction. “Why is he there, he offers nothing?” says one supporter. “Same old boring names, yawn,” laments another. You’ll never please all of the fans all the time.

That reaction is partly explained by club loyalty. We see so much of our own clubs that we overestimate the importance on a national level of our players performing well. We love our clubs so much that we root for our players to be recognised.

Fabian Delph is England’s current fall guy. On Talksport, Perry Groves shouts to the nation that he is “a waste of a position” and a “poor man’s James Milner”, which given that Milner has retired from international football might not be an insult. Twitter users (hardly the barometer of considered opinion but let’s deal with what we have) could ‘name 10 players who should be ahead of him’ but mainly use the work ‘joke’ repeatedly. There was even a brief dalliance with the #SouthgateOut hashtag. At least you can’t accuse England supporters of not caring.

Since the World Cup squad was announced in May 2018, Delph has been named in every squad picked by Gareth Southgate. He has started eight matches over that period, captaining England once. He would surely have got more time had he not been forced to withdraw from four games (now six) through injury. Each time, similar responses. The best Delph can hope for is apathy, but he should be prepared for anger and disbelief.

There is a case for the prosecution. Southgate promised at the start of his tenure that he would pick players on club form and ignore those who weren’t getting regular club starts. Delph has made 45 Premier League starts in four-and-a-half years, and 28 of those were as an auxiliary left-back, a position where Southgate has little intention of playing him. Seventeen top-flight starts in your favoured position between the ages of 25 and 29 is hardly a persuasive body of work.

There’s also the Groves argument: Delph is taking up a position that someone else could fill. He has been named in England squads for 39 matches but played only 1,254 minutes in an England shirt. Even if that is partly down to injury – four separate lay-offs in 2015/16, three in 2017/18 and four months out in 2016/17 – it paints an image of Delph as the tin at the back of the cupboard that never gets used.

But then that has always been the lot of the fringe player in a 23-man squad; break only in case of emergency. Southgate will always want least four defensively-minded midfielders in a squad designed around an attacking 4-3-3 system. The current crop are Jordan Henderson, Declan Rice, Harry Winks and Delph. Getting annoyed about Jack Grealish not being included in his place is nonsensical because they play in different positions (Alex Oxlade-Chamberlain is your issue there).

If central defence was once England’s problem position – depth and quality – central midfield has taken on that difficult mantle. The full list of English central midfielders with more than five Premier League appearances this season who aren’t in the current squad: Jonjo Shelvey, Hayden, John Lundstram, Dale Stephens, Jack Cork, Mark Noble, Sean Longstaff, James Ward-Prowse and Ashley Westwood. Lundstram might consider himself unfortunate, but Ward-Prowse and Cork have been given a chance and none of the others have particularly strong cases (although Longstaff’s time may come).

To Southgate, Delph offers more than merely squad filler even if his minutes are limited. When he picked Delph to captain England against USA in November 2018, the honour came with effusive praise from the England manager.

“Fabian is a huge leader within our group and I have really enjoyed working with him,” Southgate said. “You don’t give the England captaincy to someone unless they really have the attributes you think can carry it and he has those outstanding attributes. He had a huge influence on the group all through the summer. He was one of the big reasons we were successful. When you have people who give all of themselves even when they’re not in the starting team, then that’s why you have successful teams.”

The same is true at club level. When he was relegated to the fringes of Manchester City’s squad last season, and it became clear that he was surplus to requirements, Delph spoke about how he had taken on a leadership role on matchday.

“It’s always difficult when you’re not involved, and I go in with the mindset that I’ll probably take a bit of a back seat, just have a quiet word and then I end up like: ‘Come on then lads!’,” Delph explained. “Every time it’s a home game, I’m there and I’m ranting and raving. I’m speaking to people one to one, effing and jeffing, getting the team going.”

That’s a side of the game that we aren’t usually privy to and so remains immeasurable, but you can see why Southgate might like to keep Delph around if he is part of England’s leadership group. Forming strong bonds within the squad helps to maintain a mood that can be so crucial when players spend so little time together. In those circumstances, some continuity makes sense.

Delph has now withdrawn from the squad – which might have seemed predictable when he missed Everton’s weekend win – but we might reason that Southgate has included him in the squad as much for who he is as what he does. For all the talk of picking players on form, there is clearly merit in retaining a player who is dependable, reliable and versatile and every manager has their favourites. Delph also adds experience; he is the only member of the current scored born in the 1980s.

Delph’s selection will never please all; very few fringe picks ever do. But to Southgate he is part comfort blanket, part cheerleader. While England are on the up, the manager values his influence off the pitch as much as his contributions on it and there are no standout options in his position to step in, so you can expect him to stick around for a while longer yet.